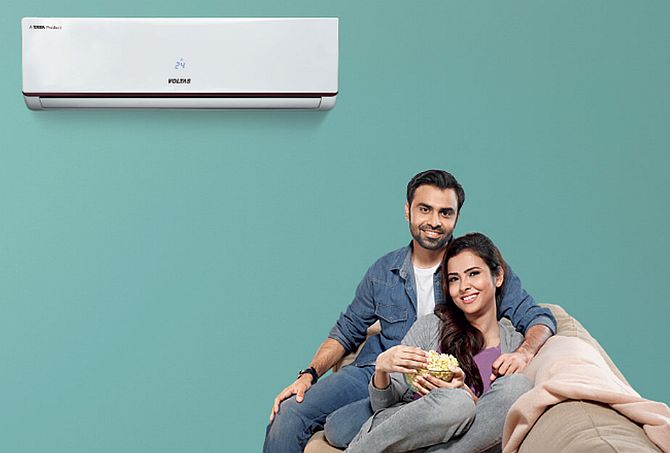 Confident of outperforming its peers and the industry growth rate, Voltas, India’s largest air conditioner (AC) manufacturer, in a recent meeting with analysts, said that the demand for cooling products remains strong, even for the remaining part of FY20.

The management draws confidence from its performance in the first half of the current fiscal, where revenues of its unitary cooling products (UCPs, which include ACs) segment grew by 39 per cent year-on-year (YoY), ahead of industry growth of 33 per cent.

Optimistic commentary explains the 45 per cent year-to-date gains by the Voltas stock, though in the past month, it has been susceptible to some correction (down 5.5 per cent).

That said, the huge relief is that change in energy efficiency rating for AC makers has been deferred for now and a forced price step-up in technology and a corresponding price hike is off the table.

Yet, what Voltas should keep an eye on is the competition.

While competition isn’t hurting Voltas just yet, which has managed to retain its market share at 24.4 per cent as of September 30 (Q2), the main question is whether the company can defend its market share without compromising on profitability.

They expect competition to gain share from fringe players.

However, past data indicates that when some players decide to up their game, it hurts all, including the market leader.

The current market conditions are not conducive for AC makers, including Voltas, to take advantage of benign raw material costs.

Bringing about a small price hike to boost profitability is therefore difficult.

In this backdrop, it may only get tougher for Voltas to preserve its profitability.

While Voltas’s management is confident of closing FY20 with 11 per cent operating margin, most analysts peg FY20 margins at 9 – 10 per cent.

Further fall in margin in December quarter (Q3) could hurt the Voltas stock.

Whether Voltas walks its talk and can defend its pricey valuation of 28xFY21 earnings will be seen in Q3.