News
Business
Movies
Sports
Cricket
Get Ahead
Money Tips
Shopping
Sign in  |  Create a Rediffmail account
Rediff.com  » Business » Why analysts are not so upbeat on Sikka's 'different thinking'

Sikka's focus on design thinking and innovation as opposed to fixed practices has set analysts talking. The new CEO has six months to begin to deliver. 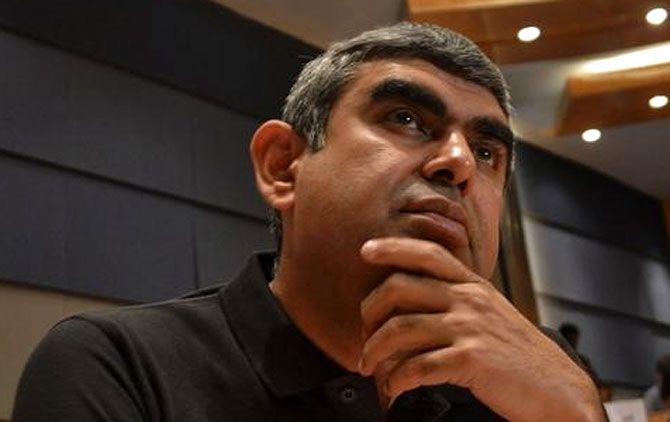 During his keynote address at the inaugural session at CeBit India, the local edition of the world's largest IT expo, in November last year, Infosys CEO Vishal Sikka first expressed his "disappointment" with the Indian IT services industry.

He had spent a little over a hundred days at Infosys then, understanding the business and meeting clients, when he said that the industry needed to take a better direction.

"I was not deeply familiar with the services industry until recently," Sikka said. "I find all of us in the industry on a downward spiral."

Cheaper manpower and currency arbitrage have been the unique selling proposition for the Indian IT services sector for decades now.

However, Sikka called these the "depressing reality" of the industry.

Sikka has often said that the industry needs to focus on innovation and automation to "renew" itself.

Analysts attribute Sikka's "different thinking" to the fact that he comes with the "mindset of the software products" industry.

"He comes from a different background, having served in a products company where innovation is highly sought after," says Sanchit Vir Gogia of Greyhound Research.

"We believe that his intent of getting Infosys to a different position is a positive step but is not perceived in the correct manner since Infosys is a services company."

Still getting the hang of it

Gogia is reminded of a blogpost he had written in June, before Sikka's appointment was announced.

The analyst had said that Infosys needed a "leader who truly understands the evolving IT services landscape" to overcome its problems: falling profitability and high employee turnover. He had also said that the leader must understand the DNA of Infosys.

"We believe Sikka is still in a transition phase to win internal confidence and build the business for Infosys," Gogia observes.

Sikka's background in the software products sector, which works very differently from the traditional IT services business, was the first question that had been raised from all quarters when Infosys announced him as its CEO in June 2014.

However, most analysts and experts were eager to give him a chance, considering Sikka's illustrious achievements in his role as the chief technology officer of SAP, the German enterprise solution major.

While the Stanford-educated technocrat's ideas of design thinking and innovation have so far made several observers hopeful that he may bring fresh impetus to the slowing growth in the IT service sector, a few analysts have now begun to say they are "quite unsure" that will happen.

Additionally, some of Sikka's recent statements have got several experts talking.

In reply to constant questioning about the nitty-gritties of Infosys' performance at an analyst meet earlier this month, Sikka said: "Good things in life do not come in templates".

Even as analysts accepted the reply at that time, some later observed that working outside of templates might sound exciting for other industries but it's the "fixed processes" and "set practices" that have helped the IT services industry reach its current size of $118 billion.

Another analyst observes that Sikka's ideas would have excited him "had Infosys been a $500-million company".

"It is still a big risk," adds another analyst who has been tracking the company closely.

"During the analyst meet, Sikka shared several ambitious plans and ideas, but in some ways, he did not answer any question directly. Maybe he has the answers to all those questions but does not want to bring much focus to them."

But there is also a possibility that he does not know the answers at all. After all, he is very new to the IT services business."

The way to go

In a blogpost, greeting the 160,000 or so employees of Infosys for the New Year, Sikka yet again chose a rather unexpected path and suggested "new habits and behaviour", which if implemented might make 2015 a "year to remember" for the company.

While several other CEOs of traditional IT services companies would have talked about things like utilisation, client spending and hiring, Sikka asked employees to be "mindful" and "curious", to "speak up", and to "learn and teach".

He urged them to ask questions, challenge norms and review practices.

Additionally, at a time when most IT services CEOs are focused on ensuring that their companies get the largest pie of clients' budgets for the coming year, Sikka set a different tone in an interview with Phil Fersht, CEO of global advisory analyst firm HfS Research.

He said the biggest challenge for Infosys in 2015 would be to bring about a cultural shift, and there was the need to "transform ourselves culturally and operationally into a company driven by innovation, driven by delivering much more value addition, more innovative services".

To achieve this, he said the company will need a "serious change" in mindset - in its offerings as well as in its operational processes.

While Sikka has time and again made it amply clear that Infosys will continue to be a services company, he has said that software will play a big role in the company's functioning going forward.

"Changing a machine is easy but changing a human being is a totally different thing. But I guess we will all have to wait and watch for now," says an analyst.

Despite these doubts, most analysts have chosen to be patient with Sikka, and are willing to give him six more months before passing judgment. 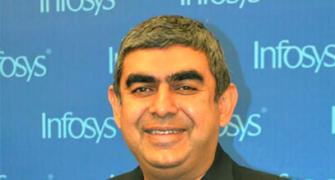 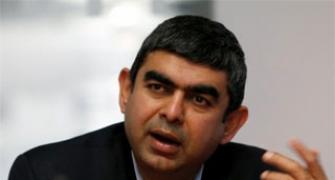 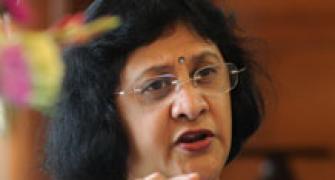 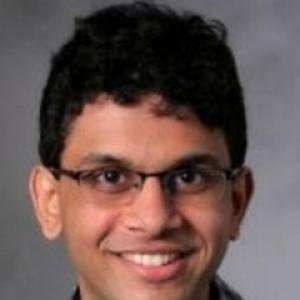 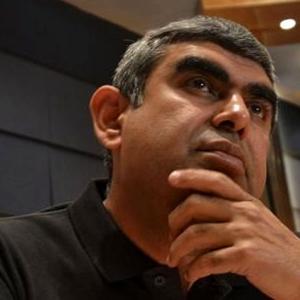