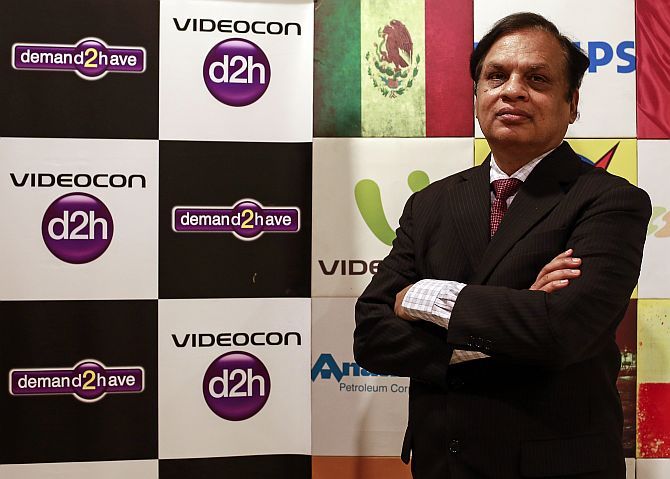 Just days after Videocon Industries' promoter Venugopal Dhoot sought a stay at the National Company Law Tribunal to halt bids for group companies, Chinese electronics major TCL made overtures to buy the brand even as it chalked out plans to set up a greenfield operation in Bengaluru for manufacturing all the products Videocon once had been renowned for -- televisions, washing machines, refrigerators, and air conditioners.

Dhoot, the 67-year-old entrepreneur who was a regular feature on Forbes billionaires' list, had tried earlier to prevent Videocon from being pushed into NCLT with no success.

Today, the electronics manufacturer has consolidated debts of around Rs 440 billion and its stock is trading at Rs 3.70, down from a one-year high of Rs 27.

Neither officials at TCL nor at Videocon responded to mails and calls as of press time.

The home-grown electronics manufacturer, founded in 1979, sold everything from washing machines and air conditioners to tape-recorders, mobile phones and TVs, had its roots in agriculture -- namely, cotton and sugarcane.

The switch into electronics was actually spurred on by Dhoot's father and group founder Nandlal Madhavlal Dhoot, whose successors would later claim to be the first Indian company to bring colour TVs to India.

Along the way, the company sold electronics at affordable prices and brand recognition and sales growth followed as it capitalised on India's transition from black and white TVs to colour TVs along with Onida until the foreign brands entered and the new favourites became Sony, LG and Samsung.

Rajesh Mishra, founder of market research firm Thinking Hats Consumer Insights, says that while the Videocon brand itself was resilient, its management was poor.

"They couldn't hold on to their positioning, or leap forward fast enough to changing technology like LCD and flat panel and customers saw that."

A CEO, who runs an electronics company and declined to be named, said that Videocon excelled in maintaining distributor relationships, who were able to push its products over other brands.

The executive says Videocon also extended unlimited credit lines to dealers, which would eventually hurt the company because the tap was only switched off when an account went bad.

If the market had doubts whether the Videocon group could withstand the waves of foreign competition coming post-liberalisation, the promoters themselves confirmed it by venturing into businesses that were entirely unrelated or in areas where they did not have much expertise -- oil and gas exploration in Andhra Pradesh, acquisition of entertainment retailer PlanetM, and even tying up with American telco Verizon for long distance services in 2007 before attempting to get into mobile telephony a couple of years later.

In 2013, the group even entered into a JV with insurance company Liberty General Insurance. 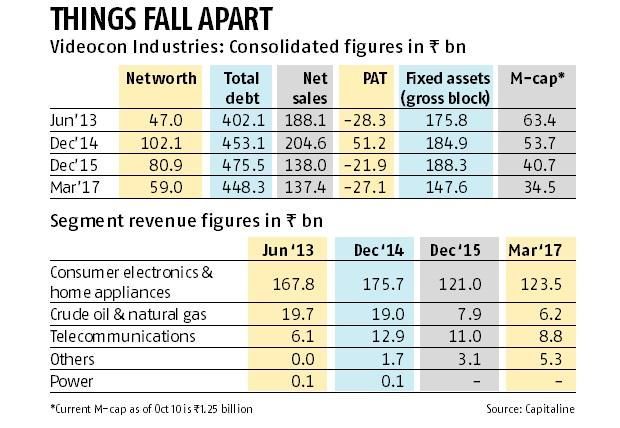 "When a business house succeeds in a new industry it has to pay caution to the fact that it may be short-lived and it needs to keep its eye on the core business," says Dinesh Jain, founder of management consulting firm IndianMaze Advisory.

His view is that to a considerable extent Videocon was basically making punts on the next flavour of the season.

"It invested a lot of money in these new businesses, but clearly dropped the ball on getting the right talent mix to support it," Jain says, clarifying that the DTH (direct-to-home) business was one aberration, which merged with Dish TV.

"If you look at most Indian players in the past across any sector that technology played a role, the approach has been of a conglomerate and not of a specialist which means that it's always about which business or venture do you take a call to place your money next."

He goes on to say that once the punting starts, the cash-bleed invariably follows as a familiar pattern emerges.

The one cash cow that has been supporting the group starts to feel the pressure, as it's leveraged and feeding the rest of the group's expansionism until the promoters lose focus and the core business sees its strength diminish.

Videocon's dominant business all throughout was its consumer electronics which accounted for as much as 85 per cent of its FY17 turnover but the blind spots of the company were two-fold -- managing cash flow and investments to upgrade technology and continue research and development.

In FY08, Videocon's business registered profits of Rs 8 billion but debt was piling up.

The cancellation of licence in 2012 in the 2G telecom scam not only dented the brand but also weighed down its balance sheet.

In due course, Dena Bank classified a Rs 5.2 billion loan to the group as a non-performing asset and to top it all, this year ICICI Bank MD and CEO Chanda Kochhar was accused of a quid pro quo arrangement that involved a Rs 32 billion loan to Videocon, which in turn invested in NuPower Renewables, a firm founded by Chanda's husband Deepak Kochhar.

The upside would be that the thousands of employees that had participated in building the company over the years may still remain, albeit with a different leadership. 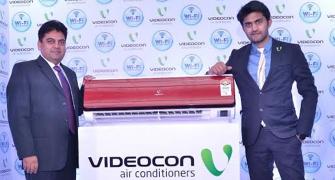 The young scions who are set to transform Videocon 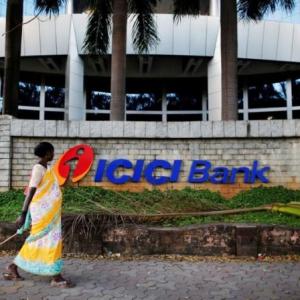 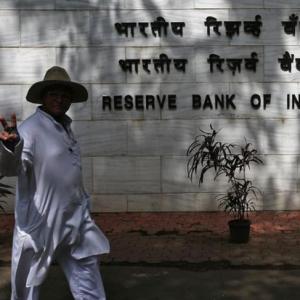