Alumni and directors of all IITs have proposed a virtual centre at IIT-Bombay for Climate Change Science, which would co-ordinate work of all environment related faculty across these premier technology institutions through a holistic approach. 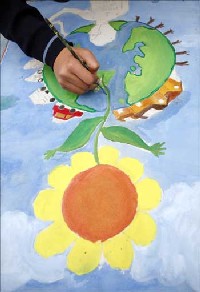 Resolving to take on the defining challenges of Climate Change in the 21st century, scientists and engineers here said there was an urgent need to take action for low carbon and climate resilient development.

At a round table hosted by IIT-B last week-end, they explored how to channelise the knowledge and technology management capabilities of IIT Alumni in addressing the developmental solutions through low-carbon, climate-resilient societies and proposed for a virtual centre at IIT-B.

Directors and representatives from five IITs along with the Alumni from various academic, industry and governmental organisations including proponents of the initiative from London and Paris deliberated to consider ongoing efforts and plans of IITs in areas of climate change, priority sectors to be addressed and coordination needed to achieve early results.

"All IITs have research programmes related to climate change. Considering the magnitude of the problem, it would be useful to have coordination among the IITs while addressing some of the grand challenges of climate change," they opined.

A model for such a PAN-IIT effort is the Ganga River Basin Management Plan project which is currently underway , said IIT-B Director, Professor Devang Khakhar.

"IIT Alumni efforts to bring in their networking and group efforts to support programmes in the IITs will be of great benefit. Proposal of a virtual centre at IIT Bombay for climate change science which would co-ordinate work of all environment related faculty across IITs and drive a holistic approach," he said.

"A crisis (climate change) harbours opportunities. We could seize the opportunities to develop new business models and to set the economy on the alternative path of low carbon and climate resilient development", said Rajendra Shende, Director at United Nations Environment Programme (UNEP) and an IIT Alumni.

"While solving climate puzzle, it is becoming more and more evident that economy and environment are on the same side of the game," said Shende. IITs can provide a knowledge management forum to identify and debate technology, policy, finance, and communication and education issues.

It could also showcase emerging solutions, he said. Participants also agreed on the need to establish industry outreach and executive education programs to promote awareness and debate on these issues. 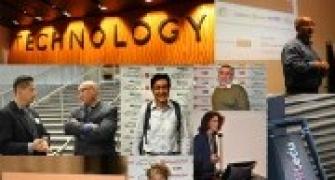