US does a U-turn, lauds India's IPR 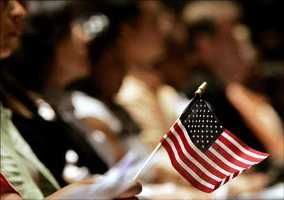 Ahead of US President Barack Obama’s visit to India next month, American authorities took a surprising U-turn in the 2014 Special 301 Report, now lauding India’s efforts for having a 'meaningful, sustained and effective' dialogue on intellectual property rights.

Dispute over IPR was a bone of contention in bilateral ties till a couple of months ago.

According to sources, the US is particularly “satisfied” with some of the steps taken by the Prime Minister Narendra Modi-led Bharatiya Janata Party government, which came to power in May after a landslide victory.

The Obama administration is content with the fact that the new government has taken some “baby steps” towards improving the country’s weak IPR laws, a top official told Business Standard on condition of anonymity.

“India has made useful commitments in recent months, including to institutionalise high-level engagement on IP issues, to pursue a specific work programme and to deepen cooperation and information exchange with the United States on IP-related issues under the US-India Trade Policy Forum,” a statement issued by the Office of the US Trade Representative stated, on conclusion of the Out-of-Cycle Review of India’s IPR regime.

However, the industry did not seem enthused with such a stance taken by the US government and feels India has a long way to go to create a robust and effective IP regime.

The government, after coming to power, has announced the launch of a new ‘National IPR Policy’, even as it has established a high-level working group on IPR issues with the US, which had its first meeting last month during the US-India Trade Policy Forum.

According to D G Shah, secretary-general of the Indian Pharmaceutical Alliance, the government is not being transparent in its effort to address IP issues.

“India seems to have conceded something that led to the conclusion of the OCR.

Either the USTR is misleading its constituency or we do not know what is promised by the commerce minister.

What is certain is a lack of transparency,” said Shah.

Ranjana Smetacek, director-general, Organization of Pharmaceutical Producers of India, said the body would continue to push for a stronger IP regime as a lot needed to be done.

According to the US Chamber of Commerce’s Global Intellectual Property Center, although there had been some progress in IP since May, actual work has not begun.

“We look forward to working with USTR and the government of India in the coming months to ensure the valuable engagement that is now underway will translate into real policy change that will allow IP to flourish in India and enable investors and innovators to commit to India’s market for the long term,” said Patrick Kilbride, executive director for International IP Policy, GIPC.

While concluding the OCR, Office of the USTR said it would continue to monitor the government’s work towards strengthening the IPR regime and will accordingly formulate its next steps in the 2015 Special 301 Report.

India had been on their IP offenders’ list since 1989, since the launch of the Special 301 Report. However, this is the first time the US has appreciated the work done on IP by any Indian government.

USTR Michael Froman, who was in India last month for the TPF, had said there had been no discussions on the OCR with the Indian government, particularly Nirmala Sitharaman, the commerce and industry minister.

The OCR was launched by the US in October in an effort to scrutinise and identify the so-called lacunae in Indian IPR laws, especially in the pharmaceutical sector and access to affordable health care.

Under the Special 301 Report issued on June 30 this year, India was kept on the ‘Priority Watch List’ for being one of the worst IP offenders, according to American standards.

As a result, USTR had decided to carry out an OCR with India on IPR for the first time.

India, on the other hand, has maintained it is in compliance with the global IPR norms under the World Trade Organization’s agreement on Trade-Related Intellectual Property Rights.

India-US ties have seen visible improvement since Modi’s coming to power and his visit there in September, when both countries together launched a vision document – ‘Chalein Saath Saath: Forward Together We Go’. 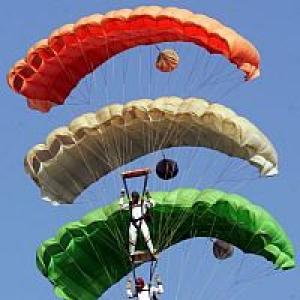 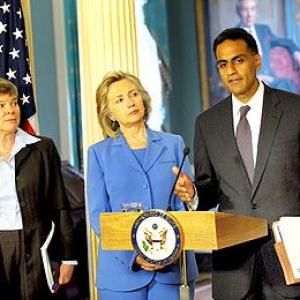