The United States averted economic calamity when lawmakers approved a deal preventing huge tax hikes and spending cuts that would have pushed the world's largest economy off the "fiscal cliff" into recession.

By a vote of 257 to 167, the Republican-controlled House of Representatives approved a bill that fulfills President Barack Obama's re-election promise to raise taxes on top earners.

The Senate passed the measure earlier in a rare New Year's Day session and Obama said he will sign it into law shortly.

The United States will no longer go over the fiscal cliff of tax increases and spending reductions that had been due to come into force on Tuesday but other bruising budget battles lie ahead in the next two months.

Speaking shortly after the vote, Obama said he hoped future deals would "not scare the heck out of folks quite as much." At the same time, he told Republicans that he expected them to approve an increase in the nation's borrowing authority without the brinksmanship that has marked other showdowns.

"While I will negotiate over many things, I will not have another debate with this Congress about whether or not they should pay the bills they have already racked up," he said.

Tuesday's vote was a reversal for House Republicans, who were in disarray despite winning deep spending cuts in earlier budget fights. But they saw their leverage slip away this time when they were unable to unite behind any alternative to Obama's proposal.

House Speaker John Boehner and other Republican House leaders stayed silent during the debate on the House floor, an unusual move for a major vote.

Boehner backed the deal, but many of his top lieutenants voted against it. With most of his Republicans voting against the bill, he could face blowback when he asks them to re-elect him as House speaker on Thursday.

The deal shatters two decades of Republican anti-tax orthodoxy by raising rates on the wealthiest even as it makes cuts for everybody else permanent.

Lawmakers had struggled to find a way to head off across-the-board tax hikes and spending cuts worth $600 billion that began to take effect at midnight on January 1, a legacy of earlier failed budget deals that is known as the fiscal cliff.

Strictly speaking, the United States went over the cliff in the first minutes of the New Year because Congress failed to act on time. But the bill passed on Tuesday will be backdated.

While many Republicans were uneasy with the tax hikes and wanted more spending cuts, they seemed to realise that the fiscal cliff would begin to damage the economy once financial markets and federal government offices returned to work on Wednesday.

Opinion polls show the public would blame Republicans if a deal were to fall apart.

Income tax rates will now rise on families earning more than $450,000 per year and the amount of deductions they can take to lower their tax bill will be limited.

Low temporary rates that have been in place for the past decade will be made permanent for less-affluent taxpayers, along with a range of targeted tax breaks put in place to fight the 2009 economic downturn.

However, workers will see up to $2,000 more taken out of their paychecks annually with the expiration of a temporary payroll tax cut. Planned cuts of $109 billion to domestic and military programs were put off for two months.

The non-partisan Congressional Budget Office said the bill would increase budget deficits by nearly $4 trillion over the coming 10 years, compared to the budget savings that would occur if the extreme measures of the cliff were to kick in.

But the bill would actually save $650 billion during that time period when measured against the tax and spending policies that were in effect on Monday, according to the Committee for a Responsible Federal Budget, an independent group that has pushed for more aggressive deficit savings.
Kim Dixon and Richard Cowan in Washington, DC
Source: 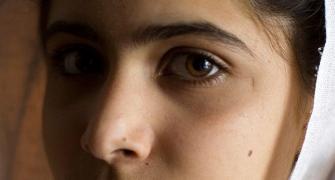 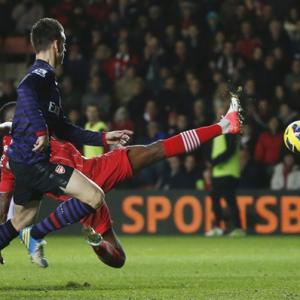 Man held for planting bombs near house of gangrape accused