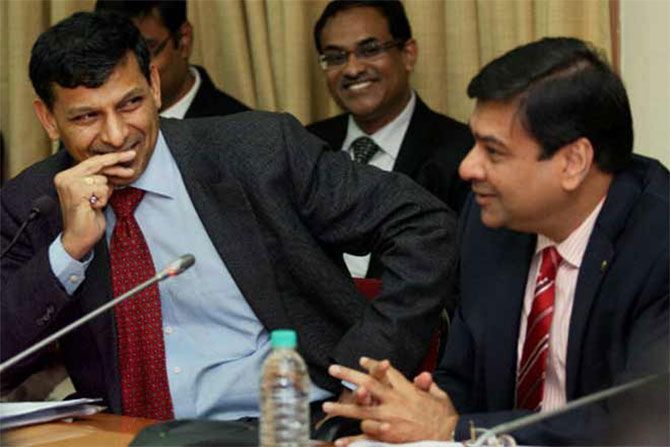 Hailing Urjit Patel's appointment as RBI Governor as "vote for continuity", India Inc and experts are unanimous that he is an excellent choice for the top job at the central bank when the economy is passing through a crucial phase.

"We all are very happy. Being a colleague, he brings great continuity and familiarity. He has a clear understanding of what is going on," said RBI Deputy Governor S S Mundra.

Patel's colleague further said every new leader will bring his or her own thinking.

"There could be some addition, (in) some processes little bit changes. It's normal in transition. We are looking for great continuity and that provides great comfort," Mundra said, adding that the appointment means that it is business as usual from the day one and "ensures smooth transition."

Patel was on Saturday appointed the next Governor after Raghuram Rajan demits office on September 4. He was first appointed deputy governor for three years in January 2013 and was given extension this January.

Welcoming the appointment, State Bank of India chairman Arundhati Bhattacharya said: "Patel has been at the helm of institutionalising the inflation targeting regime in the monetary policy framework. His appointment signals continuity of policy intent, both on part of RBI and the government."

Bhattacharya was one among the seven names speculated to succeed Rajan as the 24th Governor.

Infosys founder and IT doyen N R Narayana Murthy, who had earlier pitched for a second term for Rajan, said Patel is the "right man" to succeed the incumbent Governor.

"He is the right man to succeed Raghuram Rajan. Who better than him to see what needs to be done to stimulate growth and contain inflation?" Murthy asked.

"We are confident that RBI and the economy will gain tremendously from Dr Patel's experience in both private and public sectors," said Ficci's president Harshavardhan Neotia.

"It's the best that has happened. He is competent and he will be able to deliver," Chakrabarty said, adding that Patel having worked in the system understands the environment, circumstances and policy measures "much better".

Government think-tank NITI Aayog's CEO Amitabh Kant felt that Patel is a "great choice" and has good understanding of microeconomic scenario of India.

According to industry body Assocham, Patel's appointment "clearly sends a strong signal" that the government is keen on completing the unfinished agenda of cleaning up of PSU banks' balancesheets and allowing the banks to work with professionalism and transparency.

Former advisor to erstwhile Planning Commission Pronab Sen said: "This is indicative of continuity. International investors will like that."

NRI billionaire and Vedanta chief Anil Agarwal expressed hope that the new Governor will continue the policy of the incumbent Rajan.

Listing out challenges before the new Governor, Biocon CMD Kiran Mazumdar Shaw said RBI will have to deal with external factors like currency volatility, Brexit and forthcoming US elections.

Sajjid Chinoy of JPMorgan expressed hope that there will be no "knee-jerk" change in policy while former CFO of technology firm Infosys Mohandas Pai dubbed it as a "great decision" on part of the government. MD and CEO of Yes Bank Rana Kapoor saw Patel as an "outstanding choice".

Director and chief investment officer of Max Life Insurance Mihir Vohra suggested that the new Governor needs to reinforce and continue the faith that the external world and Indian markets have in independence and objectivity of the central bank.

"He should continue to work with the government on reducing long-term inflation expectations and maintain stability in the currency," he said.

Director general of industry body CII Chandrajit Banerjee said: "CII is confident that the new Governor will lead the central bank and take its developmental and regulatory agenda to new heights."