UB Group gears up for launch of 30 wine labels

Vijay Mallya's UB Group is aggressively increasing its international wine portfolio and will be launching close to 30 labels by January 2008. These would be imports from France, Italy and South Africa.

The Group has already launched 13 labels from Bauvet Ladubay, the company acquired from Saunur Loire of France, for euro15 million. United Spirits, the division that handles the wine business, has also launched seven labels of wines from New Zealand and two from Australia.

The company will increase the total portfolio of imported labels to 60 by January next year. These will include wines from the famous Burgundy region in France, Chianti, Barolo and Brunnelo regions in Italy and Spenenbosch of South Africa.

The wines from New Zealand include Jane Hunter and Astrolabe and the labels are priced between Rs 1,800 and Rs 3,000.

However, the labels to be launched later will have a price range of Rs 700 to Rs 30,000, said Abhay Kewadkar, business head, wines division and chief wine maker for UB.

The labels will have a fair mix of red and white variants in a 60:40 per cent ratio, he added.

All the new labels would be launched through exclusive tie-ups with wine companies and the company is not looking at an acquisition at this point in time, Khewadkar added.

The wine market in India stands at 1.2 million cases a year, with imported wines accounting for a mere two lakh cases.

UB would be selling 25,000 Bauvet Ladubay in the first year and has imported one container of the New Zealand wines, consisting of 12,000 bottles.

"We are market leaders in spirits and beer. Obviously, we want to become leaders in wines as well. The idea is to offer an entire range of wines from various regions and countries across the world. We will also be launching our Indian-made wines, Zinzi and Four Seasons in the next two months," said Sanjay Roy, head of marketing and sales of UB's wines division.

The company is looking at positioning Zinzi in the value-for-money category with products priced between Rs 275 and Rs 300. Two blended varieties in Red and White would be launched.

Four Seasons, the UB brand to be launched after Zinzi, will be available in the premium Indian wine category with prices starting from Rs 375. This brand will launch 6 labels under three variants of Red, White and Rose.

UB would look at listing the imported brands at star hotels in the metros, while the branding for Indian wines would include surrogate advertising. The company is also looking at approaching corporate houses to conduct wine tasting and wine education sessions.

A national training manager has already been recruited for the purpose, Roy said. Wine tasting at retail stores is also an option being considered by the company. 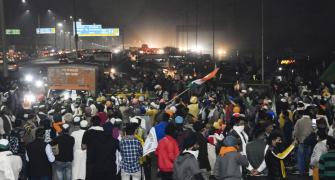