Hyderabad is busy, extremely busy these days and guarded too.

The city is getting ready for two big events - the Global Entrepreneurship Summit (GES) and launch of Hyderabad Metro Rail.

While Prime Minister Narendra Modi will inaugurate both next week, the presence of US President Donald Trump’s daughter Ivanka at the GES is keeping officials in the Telangana government on edge.

The Telangana State Secretariat, just adjacent to the seat of the Andhra Pradesh government, is where all the action is.

Meetings in the city are either getting rescheduled or cancelled as officers try to keep things in order at the GES conference venue - Hyderabad International Convention Centre (HICC).

Close to the IT hub, Hitec City, the roads leading to HICC are vigorously getting repaired or painted.

Even trees lining the roads in the vicinity are getting painted pink, yellow, and green.

Jayesh Ranjan, IT and industry secretary in the Telangana government, is the man of the moment, coordinating on anything from the celebrity list at the 8th edition of the summit to planning a stellar show from November 28 to 30.

That the American authorities are keeping everything secret due to security threat perceptions is making the Indian sides nervous.

However, when asked about challenges in organising such a big event, Ranjan said, “We have organised much bigger events in the past.”

The NITI Aayog and Telangana government, along with the US, are organising the event, but there are many other stakeholders.

For instance, t-hub (Telangana hub) - the biggest incubator for start-ups in India - has had a critical role in pitching for organising the GES in Hyderabad. NITI Aayog chief executive officer Amitabh Kant had acknowledged that in a Twitter message recently.

Jay Krishnan, chief executive of t-hub, told Business Standard how several rounds of pitching had happened over 2016 and 2017.

The Hyderabad Metro launch is coinciding with the GES but officials are tight-lipped about the itinerary.

The Prime Minister’s Office (PMO) is working the phones incessantly to keep a check on the minute by minute calendar of both the GES and Metro launch.

In fact, last-minute clearances were given to Hyderabad Metro for a launch next week.

Top officials at Hyderabad Metro said they were intensely caught up in the launch drill especially as the PM is inaugurating.

Prominent hotels including the Falaknuma (scheduled for official dinner being hosted for Ivanka Trump) and Westin (where Ivanka may stay, though there’s no confirmation) are being monitored by the security agencies of both the US and India.

Nobody quite knows whether Ivanka will visit historical places such as Charminar or not, but nothing is being left to chance and many parts of Hyderabad look severely gated.

If that’s not enough, celebrity guests such as Deepika Padukone have started pulling out, perhaps because of the threat following her role in the controversial film Padmavati.

Bollywood actress Aditi Rao Hydari is likely to be the last-minute entry as a celebrity speaker at the GES.

“It’s a work in progress,” an official said. The final guest list should be out any moment, he added.

After Padukone dropped out of the summit on Monday, the state government got into damage-control mode to find a celebrity speaker. 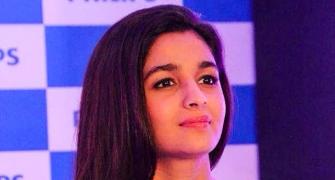 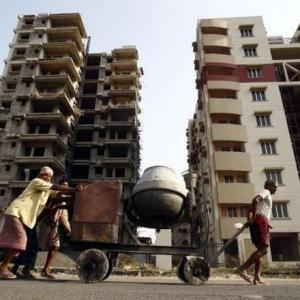 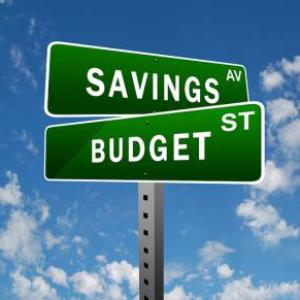