Toyota Kirloskar to drive in sedan before small car

Bangalore-based Toyota Kirloskar Motor Pvt Ltd, a joint venture between Kirloskar Group and Toyota Motor Corporation, has decided to introduce the newly-developed sedan on the Etios platform, ahead of its much-awaited small car.

The sedan, rescheduled to be launched by the end of this year, is part of TKM's ambitious project aimed at gaining lost ground in the domestic market. The sedan will be targeted at the mid-level segment, where models of Fiat, Maruti Suzuki, General Motors, Ford and Hyundai are sold.

TKM has rescheduled the launch of its hatchback, Etios, to the first quarter of 2011, probably to thwart competition, as most new compact cars are scheduled for this year.

TKM at the Delhi Auto Expo in January had said the hatchback would be launched first, followed by the sedan a few months later.

Small cars--Volkswagen Polo, Ford Figo and Chevrolet Beat--launched during this year have been received well, with all the three models carrying huge order backlog. Nissan is expected to launch its small car, Micra, next month.

TKM's small car will sport a new 1.2-litre engine, while the 1.5-litre petrol engine may be shared with the sedan version, too. Sources said the company was planning to have a small diesel engine in both cars too, considering the booming demand for diesel driven cars in the domestic market.

Sources said the company was keen on branding the sedan on the lines of the Swift Dzire. The country's largest car maker, Maruti Suzuki, branded two of its cars using similar names. Maruti branded the sedan version of the Swift as Swift Dzire. While Swift is positioned in the premium hatchback segment, Dzire is positioned in the entry-level sedan segment.

TKM is yet to divulge the prices of both cars, but said it would be competitive. However, sources added that the company was ready to shed its rich brand image to become a full mass market player like Maruti Suzuki.

The project is very important for TKM because for the first time it has developed a new platform, coupled with an equally new engine, especially for the Indian market. All models launched by TKM till date were developed for global markets, including India.

The Etios cars will be launched first in India, before exporting them to other parts of the world. According to Toyota's plans, exports will commence from 2012 to Asean and African countries.The company intends to have a localisation level of around 75 per cent, which will be hiked to the full extent in near future. It is investing Rs 3,200 crore (including developmental cost of the vehicle and a new plant) into the project. The new plant will have an initial capacity of 70,000 units per vehicles, which will be hiked to 2,00,000 units in the second phase. 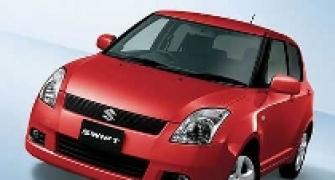 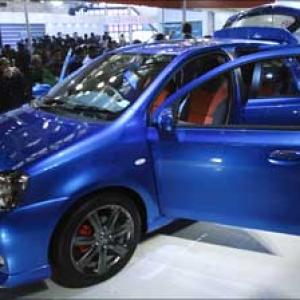