Tomato prices go through the roof 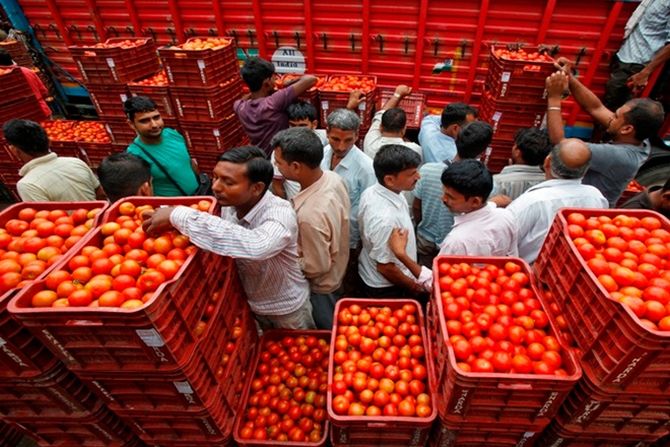 Tomato prices breached the Rs 100 per kg-mark in Mumbai and Delhi on Tuesday due to severe shortage of supply.

In Mumbai, prices of tomatoes have shot up  to Rs 150 a kg in the retail market while in Ahmedabad and Delhi it is around Rs 100 per kg.

The lack of supply has impacted the prices, traders said. Karnataka is the second-largest producer of tomatoes.

It supplies to the markets in south India, West Bengal and Bangladesh. In the past six-nine months, tomato farmers had price realisations of less than Rs 5 per kg, making it unviable for them to grow the crop.

The prevailing drought, for the consecutive fourth year, and the summer also contributed to the decline in tomato production.

The southern state produces over two million tonnes every year from 64,000 hectares.

The crop, mainly used as a vegetable across India, can be harvested in three months.

“Farmers had shifted to other vegetables as they could not realise price in the past nine months,” said Bellur Krishna, director of Horticultural Producers’ Cooperative Marketing and Processing Society, a state-run farmers-to-consumers marketing unit.

“Now, with demand picking up, farmers are back to growing tomatoes. The supply should ease in the next 15 days,” he said.

“In May, only 25 per cent of the plants yielded the vegetable. It was very difficult due to the heat,” said Jaffer Mian, a farmer in Belagavi district, that borders Maharashtra.

“Now that the rains have come, production will be better.”  Output in other regions such as Madhya Pradesh, the largest producer of tomatoes and Andhra Pradesh, Karnataka's neighbour, had also dropped in the past few months. 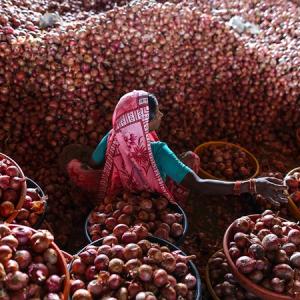 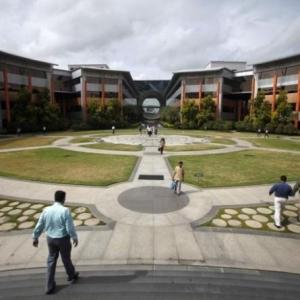