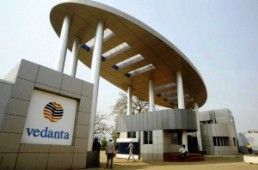 The villagers of Tadijhola in Kalahandi district of Odisha rejected the proposal for bauxite mining in Niyamgiri hills on Tuesday, becoming the third gram sabha to do so.

Of 22 eligible voters in the village, 19 persons -- 12 women and 7 men -- attended the gram sabha, despite heavy rains to voice their opposition to the project. Tadijhola, located on the foothills of Niyamgiri, is predominantly inhabited by the milkmen community.

Earlier, the Dongria Kondhs of Kesaripadi and Serakapadi in Rayagada district had voted against the project in the gram sabhas held in their respective villages.

“Niyam Raja is the presiding deity of the area. No one can separate us from Niyamgiri.

"Any attempt to conduct mining in the hill will hurt us and rob our livelihood,” said Gajendra Gouda, one of the participants in the meeting.

His views were echoed by other adults of the village at the meeting, which lasted for over three hours.

The meeting, held amid tight security, was presided over by the ward member of the village, Rama Majhi.

Hundreds of people from nearby villages and NGO activists

The meeting was convened by the local gram panchayat and the additional district judge (vigilance) P K Jena supervised the proceedings.

"It was the third gram sabha in the series of 12 to be held by August 19 in Rayagada and Kalahandi districts, in line with a Supreme Court directive, to decide the fate of bauxite mining in Niyamgiri, crucial to the running of Vedanta’s million tonne alumina refinery at Lanjigarh.

On April 18, the Supreme Court had said the villagers would decide whether the proposed mining would cause harm to their religious rights of worshipping Niyam Raja at Hundaljali, about 10 km from the identified mining site.

The anti-mining activists and officials of the Niyamgiri Surakhya Samiti were upbeat with the outcome of the gram sabhas, where for the first time, non-tribal people strongly opposed the mining project in the hill.

“We expect the tribal people will also ventilate similar opinion in the subsequent palli sabhas to be held in Rayagada and Kalahandi districts,” said Sidharatha Nayak, chairman of Green Kalahandi, an organisation opposed to the mining project.
Hrusikesh Mohanty in Berhampur
Source: