Today, apologies by CEOs of global corporations have become so common that you get case studies on the subject.

All these corporations figure among the world's most valuable.

But they have another common denominator: All of them have had their CEOs issue apologies to employees, customers or the public in the recent past.

This year alone has seen no less than four mega-apologies.

From Facebook's Mark Zuckerberg for yet another privacy breach (he's apologised in 2007, 2008 and 2010 for similar transgressions); from Starbucks' Kevin Johnson for the appalling racial bias of staff in a Philadelphia outlet; and from Novartis' Vasant Narasimhan and AT&T Randall Stephenson for paying Donald Trump's sleazy personal lawyer Michael Cohen for access to the president to influence policy.

The point to note is that the apology has become something of a stock technique in the corporate crisis management repertoire.

As a trend, it is little more than a decade old but the frequency with which CEOs resort to it is one compelling indicator of how corporate reputation is emerging as a critical stakeholder value in these acutely competitive times.

The first sign of the new era of CEO contrition emerged in 2010 with striking images of Akio Toyoda, president of Toyota, tearfully bowing to car owners in China -- a truly revolutionary gesture given Sino-Japanese history just seven decades previously. He was apologising for three product recalls over 2009 and 2010 for safety-related issues that were suspected to have caused the death of at least 37 people.

Mr Toyoda's apology, also couched in an awkwardly worded statement, didn't stop Toyota's stock price from dropping like a stone and car sales shrinking 20 per cent (though the global recession could have contributed). At the time, Mr Toyoda's apology was regarded as a very Japanese thing, expected from a prominent representative of that exquisitely cultivated society.

Five years later, though, General Motors' first woman chief executive, Mary Barra found herself telling the American people via the US Congress that she was "deeply sorry" for an ignition switch defect on two models that also caused deaths. Since Mr Toyoda has set the trend, it was thought, so Ms Barra had to follow.

Today, apologies by CEOs of global corporations have become so common that you get case studies on the subject, and, not to be left behind, management experts have started publishing advisories with such titles as The Art of the Corporate Apology (or variations thereof).

The CEO apology is no longer an "optional extra" in crisis strategy. The surprisingly ample literature on the subject suggests that it has become a deadly serious business.  How you go about apologising, the phrasing, tonality and so on are all subjects of considerable scrutiny, whether the mail is written for internal consumption or for a wider audience (after all, CEOs often apologise to employees in internal mails that promptly get leaked).

The professional apology analysts adjudged Mr Toyoda's contrition as disingenuous. His expressions of regret for the deaths appeared pro forma, plus, they said, he didn't specifically upbraid Toyota for the defects.

Ms Barra's promise to address these defects in the manufacturing process went down better, which probably explained why GM's sales and stock prices didn't fall quite so drastically, though the car-maker recalled three times more cars than Toyota did.

Mea culpas, the thumb rule goes, work better than mere expressions of regret. Thus Vasant Narasimhan of Novartis said: "We made a mistake in entering into this engagement and, as a consequence, are being criticized by a world that expects more from us." This was a gracious admission considering he had nothing to do with the decision, having taken charge as CEO only in February. Randal Stephenson of AT&T was more succinct: "There is no other way to say it — AT&T hiring Michael Cohen as a political consultant was a big mistake."


The striking point about the increasing importance of the CEO apology is a general recognition that corporations goof up, intentionally and unintentionally, and that the proliferation of social media raises the risks of being caught out.

Funny, then, how few CEOs in India have ever apologised for anything.

So far, only Anand Mahindra and Tech Mahindra CEO C P Gurnani have had the nous to issue public apologies after a leaked clip did the rounds demonstrating the brutal manner in which an employee was asked to leave for reasons of "cost optimisation".

UTI, Global Trust, Satyam, Ranbaxy, Religare... Did anybody ever apologise for putting thousands of investors and employees at risk? 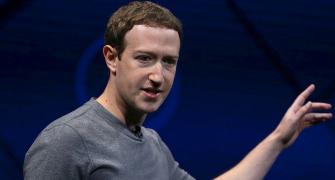 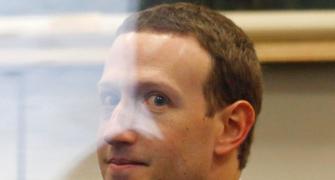 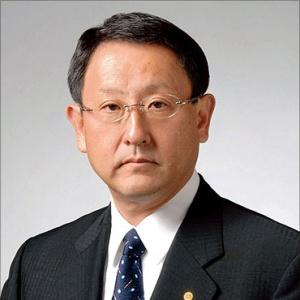 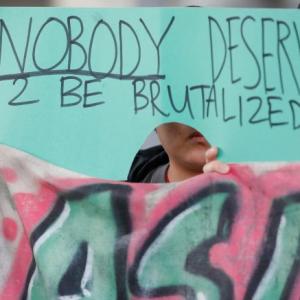