Since a week ago, better-than-expected results from Infosys Limited, Tata Consultancy Services Limited and HCL Technologies Limited sparked a 13 per cent rally in the sector subindex that grinded to a halt on Friday.

While Wipro did join its domestic rivals in topping profit forecasts, investors punished its shares after its core services business lagged expectations and revenue guidance for the current quarter was subdued.

"Put together, they do not necessarily indicate a material improvement from an end-demand perspective," said Kuldeep Koul, an analyst at ICICI Securities in Mumbai.

"But what it does indicate is that companies like Infosys are now starting to execute better in an environment which remains challenged to an extent," he said.

Economic uncertainty has led clients in the United States and Europe, which account for more than 75 per cent of India's IT outsourcing revenue, to spend cautiously.

"The overall demand environment has not changed much over the last three months. We see momentum in certain areas and certain other areas continue to remain challenged," Wipro Chief Financial Officer Suresh Senapaty told reporters on Friday.

The "fiscal cliff" and the looming "debt ceiling" in the United States have dented spending sentiment, he said from Wipro's campus in Bangalore, the hub of India's $100 billion IT outsourcing industry.

Reflecting that sentiment, a Morgan Stanley survey of corporate chief information officers in the United States and Europe published this week showed external IT spending growth expectations for 2013 had moderated to 2.7 per cent from 3.8 per cent in October.

Still, global demand this year is expected to be better than in 2012, with research firm Gartner forecasting worldwide IT services spending to rise 5.2 per cent to $927 billion, compared with growth of just 1.8 per cent in 2012.

With their lower costs, Indian outsourcers are poised to win a growing share of global IT spending as Western companies seek to keep a lid on spending.

Dominique Raviart, research director for IT outsourcing at NelsonHall, a UK-based consultancy, said the first three quarters of 2013

will be difficult for the entire industry.

"In IT outsourcing, the bookings were very low (in 2012), although a lot of renewals are going into Indian hands.

"While this is good for the India-centric players, it doesn't represent an overall increase in outsourcing spending," he said.

Steve Cardell, president of HCL's Axon unit, which advises clients on the use of SAP AG's business management software, said on Thursday that there is pent-up demand that has not yet resulted in a pickup in discretionary spending.

"The sentiment is good. Now whether that sentiment will translate into a mid-term play in terms of whether some concrete dollar spend will come into that, that's the question that we're going to observe over this next quarter," he told reporters.

Wipro shares fell as much as 6.87 per cent, their biggest drop in nine months, despite an 18 per cent gain in quarterly profit to 17.16 billion rupees from a year earlier.

That compares with the average analyst estimate of 16.45 billion rupees, according to Thomson Reuters data.

IT business volumes, or billable hours, dropped 1 per cent from the previous quarter.

UBS in a January 7 note had expected an increase of nearly 2 per cent, and on Thursday, upgraded Wipro to 'buy' from a 'sell,' saying revenue momentum will start picking up from the October-December quarter.

"I think we have to capture a greater share of discretionary spend," TK Kurien, Wipro's chief executive for IT business, told reporters on Friday.

"The day we do that, volumes will come back."

In the quarter ended December, Wipro's IT business revenue rose 2.4 per cent from the September quarter to $1.577 billion, meeting its own guidance of 1.2 to 3.5 per cent.

For the three months ending March, Wipro said IT business revenue will be between $1.585 billion and $1.625 billion, a sequential gain of 0.5 per cent to 3 per cent.

That compares with analysts' expectations of a 1 per cent to 3.5 per cent increase.

Wipro, controlled by billionaire Azim Premji, lost market share during the aftermath of the global financial crisis in part due to a heavy reliance on clients in the telecoms, technology and manufacturing sectors.

It undertook a management shakeup early in 2011.

Gaurav Gupta, a partner at consulting firm AT Kearney, said global IT spending may pick up towards the end of 2013.

"The floodgates will not open anytime soon. Budgets will remain marginally positive," he said. 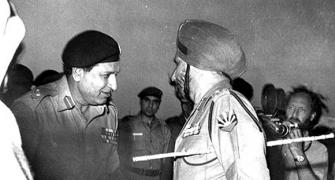 'Pak knows it can't win a conventional war with India' 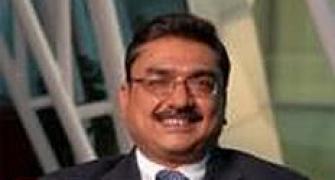 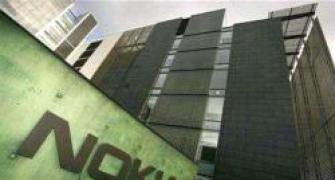 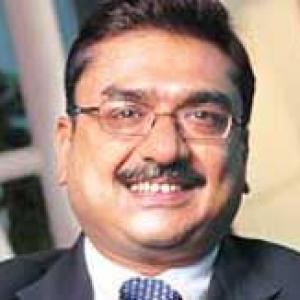 We will now be more aggressive: HCL chief