TCS accused in US lawsuit of South Asian bias 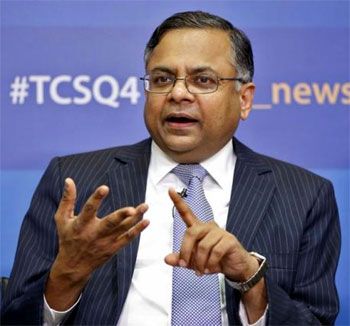 In a complaint filed in San Francisco federal court, Steven Heldt said 95 per cent of Tata's 14,000-person US workforce descend from South Asia, primarily India, and that the company violated federal civil rights law by intentionally favouring them in hiring, promotion and termination decisions.

Ben Trounson, a Tata spokesman, in an email said the Mumbai-based company "is confident that Mr. Heldt's allegations are baseless, and plans to vigorously defend itself."

Heldt said he experienced "substantial anti-American sentiment" in his 20 months at Tata, including from a human resources manager who allegedly called Americans "selfish and demanding" and said "I don't like dealing with Americans."

Despite claiming to have been in the industry since 1996, Heldt said Tata saddled him with "menial" or no substantive work as it shuffled him between several jobs, ending with the Californian's firing in March 2014.

Heldt is seeking class-action status for Tata workers and job applicants in the United States since April 2011 who are not of South Asian race or from India, Bangladesh and Nepal. He seeks a halt to discrimination, and unspecified damages.

"The experience of Mr. Heldt is representative of what is happening across the country at Tata," his lawyer Daniel Kotchen said in a phone interview. "We believe it reflects a broad preference toward a specific race and national origin, and that any such preference violates US anti-discrimination laws."

Trounson, the Tata spokesman, said the company bases employment decisions on "legitimate non-discriminatory business reasons," without regard to race or national origin.

© Copyright 2021 Reuters Limited. All rights reserved. Republication or redistribution of Reuters content, including by framing or similar means, is expressly prohibited without the prior written consent of Reuters. Reuters shall not be liable for any errors or delays in the content, or for any actions taken in reliance thereon.
Related News: Steven Heldt, Tata Consultancy Services Ltd, South Asian, Ben Trounson, TCS
SHARE THIS STORY
Print this article