News
Business
Movies
Sports
Cricket
Get Ahead
Money Tips
Shopping
Sign in  |  Create a Rediffmail account
Rediff.com  » Business » Satyam to get back contracts from Telstra, Merrill

Satyam to get back contracts from Telstra, Merrill 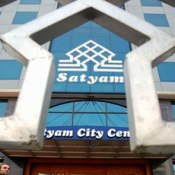 Fraud-hit IT outsourcing company Satyam Computer Services Limited (rebranded as Mahindra Satyam) is getting itself back on track, and inching closer towards acquiring the multi-million multi-year contracts it lost from Telstra and Merrill Lynch, according to a source close to the development.

"Now that all the embargoes have been cleared, the company is pursuing all the 30 contracts that it lost post the January revelation by its founder B Ramalinga Raju. The company is currently in discussion with all its lost clients and the response from them looks quite encouraging," the source told Business Standard.

Financial management and advisory firm DSP Merrill Lynch terminated its engagement with Satyam in January 2009, stating that "it had found some material accounting irregularities" at the IT outsourcer. The Merrill Lynch account contributed $40 million (approximately Rs 296 crore) to Satyam's annual revenues.

Australian telecom giant Telstra had cancelled Satyam as its outsourcing partner from a five-year application support contract in March 2009. Till then, Telstra accounted for 35 per cent of Satyam's Australian revenues.

"Telstra's contract was for Australian dollar 32 million (Rs 134.4 crore) per year, but now the run rate has come down to Australian dollar 10 million (Rs 42 crore). All the lost clients still have business with Satyam and none of them, including Telstra and Merrill Lynch, had terminated the MSAs (master sales agreement). Satyam expects to get back a major portion of these lost businesses in a couple of weeks," the source added.

Mahindra Satyam is also pursuing 30 large deals (between $50 million and $100 million) in the life sciences, public services, transportation and engineering domains, and expects to close some of them by the end of this financial year. Since April, when Tech Mahindra took a controlling stake in Satyam, the company won over 30 new logos (customer wins), including the five-year SAP contract with global pharmaceutical major GlaxoSmithKline. 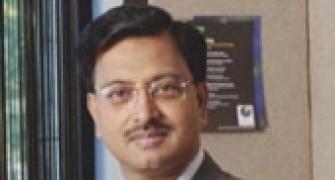 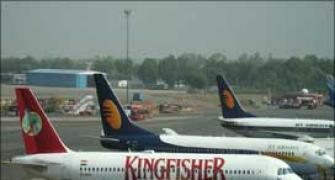 Ramalinga Raju may get life imprisonment