Ramalinga Raju to surrender on Nov 10 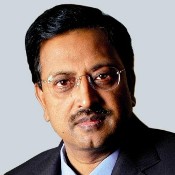 B Ramalinga Raju, the prime accused in the Satyam multi-crore accounting scam, is likely to surrender before a local court on November 10, the deadline set for him by the Supreme Court, after it cancelled his bail.

"Anyone would like to utilise their freedom to the fullest and so is Ramalinga Raju, who may surrender on the last day," close sources told PTI. However, it is not clear whether the Satyam founder would go to the prison or take refuge again in hospital to continue with his treatment for Hepatitis-C.

Dr Ajit Kumar, Gastroenterologist, who has been treating Raju in Nizam Institute of Medical Sciences (NIMS) here was not available to comment on Raju's latest health condition.

"We may seek appropriate orders from the court as and when situation arises," Kumar said. The Supreme Court on October 26, cancelled the bail granted to Satyam founder Raju, his brother B Rama Raju and four others by the Andhra Pradesh High Court in the Rs 14,000-crore (Rs 140 billion) accounting fraud and had asked them to surrender by November 10.

The Apex Court had also directed the special court in Hyderabad, which is conducting the trial in the Satyam case, to conclude its proceedings by July 2011.

Raju had stayed for almost a year in a VIP suite in NIMS until the AP High Court released him on bail on August 18 this year and he has been attending court proceedings ever since.

After the Supreme Court cancelled bail to six out of the ten accused in the scam case, the CBI now wants to go after three others who are out on bail. CBI officials said their application seeking cancellation of the bail given by the High Court to former Price Waterhouse auditor S Gopalakrishnan and former Satyam employee Prabhakar Gupta, is likely to come up before the apex court soon.

A petition challenging the bail given by a local court to B Suryanarayan Raju, younger brother of Raju is also pending in the AP High Court. However, CBI has not taken any decision on the bail granted to former Price Waterhouse auditor Talluri Srinivas, as it was given by the Supreme Court. 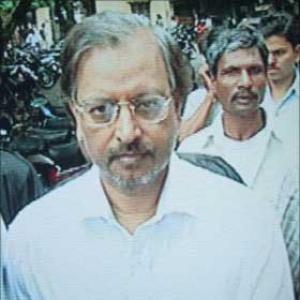