Chinese Internet users are crying foul over the perceived unfair treatment doled out to Apple Inc by state-run media, which has actively criticised the smartphone maker for the past two weeks over its warranty policy. 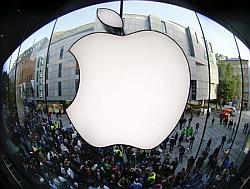 Apple and Volkswagen AG were singled out on March 15 by state-run China Central Television in its annual corporate malpractice expose. CCTV accused Apple of having discriminatory after-sales service in China compared to the rest of the world.

CCTV's flagship evening news programme upped the war of words on Wednesday, citing the national quality watchdog as saying Apple would be punished it did not alter its policy on only offering one-year warranties for MacBook Air computers.

"Apple must change its policy, or the administrative law enforcement authorities will severely deal with (them) in accordance with the relevant laws and rules," it cited an unidentified official with the quality watchdog as saying.

Other state-run outlets have also run articles and editorials criticising Apple. On Wednesday, the Communist Party mouthpiece, the People's Daily, ran an editorial attacking Apple for being filled with "unparalleled arrogance".

The editorial was rapidly shared by thousands of micro bloggers on Sina Corp's Weibo platform, but panned by many users who discredited the newspaper.

Other users were upset at the targeting of a foreign firm over a petty issue.

"We ordinary people feel that Apple is good and the government is trash. There's obviously an implemented warranty policy, why must (Apple) be treated differently?" said one user.

Another user asked where the newspaper was when it came to reporting on corrupt on local ministries and poisonous milk.

"Do you wish to transfer

our focus? Get the ordinary people to curse and blame useless things? There's toxic air, toxic water and tainted milk...We are not fools!" said another user.

The intense push-back from Internet users indicates the strong reputation of Apple in China and shows the waning ability of China's state propaganda apparatus to manage opinion online, analysts say.

"Some users may feel that there is an agenda behind focusing on Apple that has more to do with pointing the finger at a famous international brand than the desire to highlight genuine concerns for consumers," said Torsten Stocker, head of Monitor Deloitte's Greater China consumer and retail practice.

Foreign firms are often taken to task very publicly in China where their businesses and reputations are on the line. Late last year, Yum Brands Inc's said its sales suffered after CCTV ran a report on the use of antibiotics in its KFC chickens.

That story went viral on Weibo, which has over 500 million users, and many Weibo users criticised Yum's handling of the incident. Facebook and Twitter are blocked in China and Beijing faces the constant headache on how to balance censorship while letting its citizens blow off steam.

Apple said in a statement on Saturday that it respected Chinese consumers and that its warranty policies were roughly the same worldwide with specific adjustments to adhere to Chinese law.

"Apple has come out relatively unscathed in this situation because consumers have had largely positive experiences with the brand," said Benjamin Cavender, associate principal analyst at China Market Research in Shanghai.

As for Volkswagen, CCTV said the direct shift gearbox transmission was causing some cars to speed up or slow down during driving.

Last week, Volkswagen, which sells more cars in China than any other foreign firm, said it would recall 384,181 vehicles there to fix the problem.

© Copyright 2020 Reuters Limited. All rights reserved. Republication or redistribution of Reuters content, including by framing or similar means, is expressly prohibited without the prior written consent of Reuters. Reuters shall not be liable for any errors or delays in the content, or for any actions taken in reliance thereon.
Related News: CCTV, China Central Television, Volkswagen AG, Apple Inc, KFC
SHARE THIS STORY
Print this article After Apple, Samsung now working on a smart watch 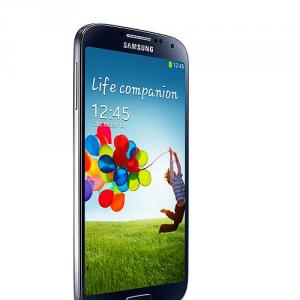