Even as the current economic climate has compelled the Indian government to go on the austerity drive, by asking its ministers to air travel by economy class - a more compelling option may lie in looking at replacing proprietary software with open source. 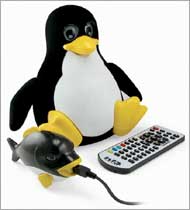 A recent report titled, 'Economic Impact of Free and Open Source software - A Study in India', by a team at Indian Institute of Management-Bangalore, highlights several interesting insights, that show how by replacing just 50 per cent of proprietary software with open source in desktops and servers, India can save close to Rs 10,000 crore (Rs 100 billion) in 2010.

For example, retail PC sales are projected to reach 54.7 lakh (5.47 million) units by 2010. If open source software is used instead of proprietary software in only 50 per cent of the projected retail PC base, then savings per PC for replacement of Office Productivity tools, is estimated to be Rs 16,500 per unit, says the IIM-B study.

Led under the guidance of Rahul De from IIM-Bangalore, the report has been compiled by studying the experiences of twenty Indian organizations drawn from government departments, commercial firms and educational institutions.

"Contrary to popular perception, open source adoption is accelerating in the country. While a majority of the enterprises that we surveyed used open source first because of cost reasons, they have subsequently discovered other compelling benefits. These benefits include scalability and security, with no additional costs," says De.

While the study mentions some small scale organisations too, it is clear that the bigger the organization is, the bigger are the benefits of going in for an open source model. De cites the example of the Life Insurance Corporation of India, which has saved close to Rs 42 crore (Rs 420 million) by migrating from using proprietary software on its servers and desktop to open source.

The firm also uses Linux in 4,000 desktops, out of a total base of over 7,000 desktops. The estimated cost savings are close to Rs 80 crore (Rs 800 million) scale at which large enterprises such as LIC and NIA operate, the move to an open source model can truly generate massive savings.

This is also true for state governments. For example, the IT@School project of Kerala replaced Windows software with open source on 50,000 desktops in schools across the state. As a result, tangible benefits amount to Rs 49 crore (Rs 490 million).

De says that it is largely misperception, and a lack of awareness that have acted as barriers, for adoption of open source. He cites the success of organisations such as LIC and NIA, who have proved beyond doubt, the success of adopting an open source model - even on the desktop.

"Enterprises must first look at an open source alternative, before they sign off on a purchase agreement. As a policy recommendation, RFPs must include open source software," says De.

With a bulk of the savings coming from the initial cost of acquiring the software, supporters of proprietary software say that acquisition costs are not vital, as they amount to only a fraction of the Total Cost of Ownership over a period of say, three years.

Proprietary software supporters counter that if enterprises factor in costs related to training and support, the TCO of open source may be more than proprietary software. That said, Rs 10,000 crore (Rs 100 billion) is just too big a number to be ignored - especially in these times of austerity. 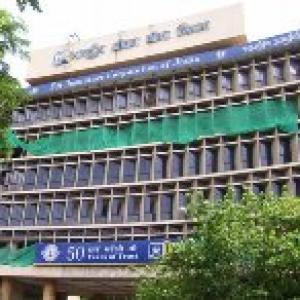