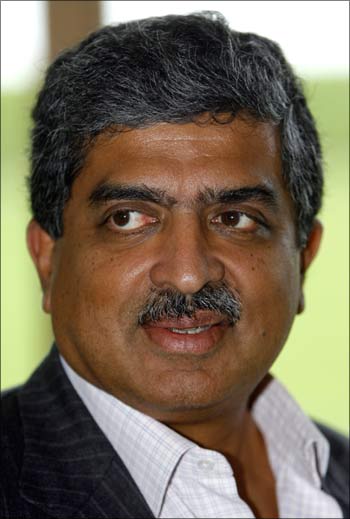 It all started on June 15 last year during a small meeting at the house of Nandan Nilekani, who had just returned home after spending a few weeks in the US following his defeat in the Lok Sabha elections.

Other than the hosts -- Nilekani and wife Rohini -- the only other person present was Shankar Maruwada, a seasoned tech entrepreneur who had joined Nilekani’s core team at the Unique Identification Authority of India and subsequently managed his election campaign.

The idea was to discuss how advanced technologies like Massive Open Online Courses could be used in primary education, especially for the benefit of underprivileged children.

What emerged after several hours of brainstorming was EkStep, a social venture that the Nilekanis would launch to address one of the key challenges in primary education -- ‘learning problem’ faced by children and how to create a technology-led platform to improve the ‘learning outcome’.

After close to a year of that meeting and endless research, EkStep is now readying itself to release the first set of its inventions by the end of this year.

The whole offering will be based on apps, something Nilekani had been talking about even during his UIDAI days.

Not all of those apps will be developed by EkStep, which will provide the backbone, called ‘EkStep Genie’, a meta-app hosted in Google playstore.

The Genie will contain lots of gamified apps, the contents of which will be developed by a larger ecosystem that will follow the method enumerated by EkStep.

The contents offered as games will largely aim at improving the numerical abilities and literacy among children.

“There is a ‘learning problem’ among early learners.

"A lot of children are going to school, but the ‘learning outcome’, especially at the primary level, is dismal,” says Maruwada, now managing the entire initiative as chief executive.

So, EkStep tried to understand the problem.

The Annual Status of Education Report, brought out every year by Pratham, gives some alarming data.

According to it, nearly half the children in grade-V cannot read a simple sentence, even in their native language, and nearly three-fourths do not know simple division.

Nilekani and his team are not trying to solve the problem on their own.

They are creating a technology-led open educational infrastructure which can be used by multiple players in society to come together to solve the problem.

This is exactly how Nilekani conceived and designed the whole Aadhaar project at UIDAI.

Aadhaar was an identity infrastructure that allowed on top of it a whole lot of applications, such as social benefits and financial inclusion.

“What we are creating is like a meta-app, which we are calling ‘EkStep Genie’. It’s like a playstore within a playstore.

It will be android-based and house all the gamified education content developed by a larger ecosystem -- in non-profits or for profits, universities or individuals.

Every app is linked to a particular curriculum and can be used by schools, parents, tuition teachers,” Maruwada says.

After the idea was conceived last year, Maruwada and his colleague Jagadish Babu (who was looking after the device ecosystem at UIDAI, and is now the chief operating officer of EkStep) went to the US for two weeks to meet researchers and find whether or not they saw the learning problem in the same manner. This is where they met Robert Torres, a researcher in learning & games who was then with Gates Foundation.

Torres, who subsequently joined EkStep as the chief learning scientist, introduced them to people who were working on the education ecosystem in the US. Prominent among them are Helen Abadzi, a senior education specialist at the World Bank, who had authored a report on ‘Efficient learning for the poor’; Richard J Davidson, a professor of psychology and psychiatry at the University of Wisconsin-Madison; and Stanislas Dehaene, an expert in cognitive psychology and neuroscience.

“We met as many people as we could in India, US and elsewhere. For example, we found a lot of insights from Sonali Nag, a Bengaluru-based researcher and academician who has done an amazing amount of work in understanding how Indian languages are learnt,” says Maruwada.

Given such a vast and complex field, the focus of these meetings was always to take a narrow problem and solve it “inch-wide, mile-deep,” he adds.

Just like his UIDAI days, Nilekani has managed to attract a team of technologists, researchers, specialists and education enthusiasts, including many who worked with him in the Aadhaar project.

Besides, there are volunteers from global companies who are rendering their spare time, and interns from local colleges and two from Harvard’s Kennedy School for government and Woodrow Wilson School of Public Policy in Princeton.

Given that EkStep’s infrastructure is going to be app-based and the service can only be offered on tablet PCs, EkStep believes initially the schools can introduce EkStep periods for a fee. Later, the proliferation of tablets will increase; even the governments, which are seen offering tablets, might look at offering tablets to kids.

“Like we used to call Aadhaar a start-up in the government, EkStep is a start-up, too, except that it is not for profit,” Maruwada says.

Srikanth Chunduri: Co-founder of Emart Solutions
Nita Goyal: An IIT-Kanpur alumnus and a PhD in artificial intelligence from Stanford University; at present, she is an engineer with Google in California
D Subhalakshmi: An IIM-A alumnus and a former Genpact employee, she was earlier looking after HR and operations at UIDAI 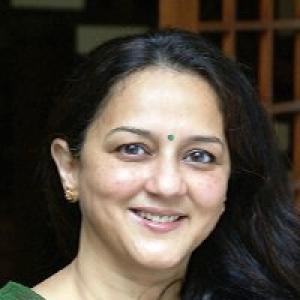