Microsoft Corp launched new Office software for home users on Tuesday, featuring constantly updated, online access to documents from all kinds of devices as the world's largest software company attempts to tailor its most profitable product to a mobile generation. 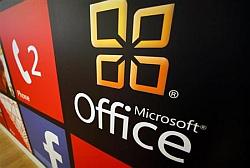 The new Office suite of applications - including desktop staples Outlook email, Excel, Word and PowerPoint - is aimed at home users rather than businesses, and is designed to extend Microsoft's domination of the workplace to the home office and beat back growing competition from Google Inc's free online apps.

"The notion of an always up-to-date streaming version of Office comes directly from how people are using devices today," said Kurt DelBene, head of Microsoft's Office unit, in a phone interview. "You really want all your content to roam with you. We see that as an opportunity to deliver what customers are asking for."

The version of the new software launched on Tuesday, called Office 365 Home Premium, is the first major overhaul of Office since 2010. Big companies, which generally buy Microsoft's software under multi-year contracts, already got the latest features of the new Office in December.

Tuesday was the first look for individual customers, and initial reactions were positive at Microsoft's flagship Seattle store.

"It looks badass. And that whole touch-screen thing now," said Kouichi Armga, 25, who works at Trader Joe's grocery store and studies at the University of Washington in Tacoma, after seeing the new Office run on touch-screen hardware.

"It was actually very impressive," said Jeremy Payne, 26, from Olympia, Washington, who works in retail and is studying public relations at the local Evergreen State College. "The biggest thing was the new PowerPoint. I was really excited to see the new PowerPoint."

Payne, an avowed Apple Inc enthusiast, said the new Office was "really rad," but it might be hard to drag Mac users away from their Apple-centred world.

"They have their work cut out for them pulling people from Apple," he said. "The Apple system is so integrated to my way of thought."

After downloading the basic programs online, users can access the latest versions of all Office applications from up to five devices on a subscription basis for $100 a year.

The software will be updated online, marking a change from the past where users had to wait years for upgrades to installed software.

It is the latest step in what chief executive Steve Ballmer called Microsoft's "transformation to a devices and services business," making the company more like Apple.

The "ribbons" showing commands in Word and Excel are mostly unchanged. For the first time the package includes online calling and video service Skype, which Microsoft bought in 2011.

and the latest version of a document can accessed from any licensed device with a browser.

Two and a half years in the making, the new Office is designed to extend Microsoft's domination of the business market and counter the growing popularity of Google Apps, a collection of online-only, Office-style applications Google provides free for home users and sells to businesses for $50 per user per year.

Microsoft is hoping its move into online services, alongside its new Surface tablets, will push it into the forefront of mobile computing, which has been led by Google's Android software and Apple's combination of slick hardware and apps.

"Microsoft Office remains the gold standard for productivity applications," said Avi Greengart, research director at Current Analysis. "It is bringing Office fully into today's connected, cloud-based environment. But it still has more work to do to make it fully finger-friendly for use on its own Windows tablets."

The new Office will run natively on Microsoft's own Surface tablets - both the 'RT' and Pro versions running on ARM Holdings and Intel Corp chips respectively - but it will not run natively on Apple's iPad, disappointing some iPad users who are also Office fans.

"We have not said that we will do rich client software on the iPad at this point," said DelBene, although he did not rule out producing such software in the future. "We've been very logical in our approach. I'm pleased with the software we have delivered for the iPad to date," he said.

Microsoft's SkyDrive online storage system and its OneNote note-taking software are available as iPad apps, and iPad users can use limited Web versions of some Office applications.

The iPad issue has been a long-time quandary for Microsoft, which might gain more mobile users by making Office available on the iPad but would have to give Apple a cut of its subscriptions. Availability of Office on iPads would also take away a major incentive to buying its own competing Surface tablet.

Microsoft estimates that 1 billion people worldwide use some part of Office and the unit that produces Office is Microsoft's most profitable, edging out the flagship Windows division for the last few years. It now accounts for more than half of Microsoft's overall profit.

Sales dipped last quarter as consumers held off in anticipation of the new Office, but analysts expects sales to ramp up this quarter.

"In the immediate next year or two, this version of Office should help many of the core small and midsize enterprise customers stay with Office," said Al Hilwa at tech research firm IDC. "The value proposition for the consumer space has always stemmed from synergies with the enterprise. I don't think this is going to change."
Bill Rigby in Seattle
Source: