News
Business
Movies
Sports
Cricket
Get Ahead
Money Tips
Shopping
Sign in  |  Create a Rediffmail account
Rediff.com  » Business » Before the mega merger, Idea may have to liberalise spectrum held by Voda

Before the mega merger, Idea may have to liberalise spectrum held by Voda The department of telecommunications (DoT) is going to ask Idea Cellular to liberalise the administratively-allocated spectrum held by Vodafone, worth about Rs 4,500 crore, before giving its nod to the proposed merger of the two companies.

Liberalising of spectrum means allowing to use any technology like third-generation (3G) or 4G services.

According to the merger and acquisition guidelines, an acquirer will have to liberalise the spectrum held by Vodafone in some circles by paying the market price for 4.4 MHz of airwaves allocated administratively or surrender these to the government.

For Idea’s own administered spectrum above 4.4 MHz, it has to give a bank guarantee.

Idea could contest the demand for bank guarantee for its own administered spectrum, as the Supreme Court had dismissed a plea of DoT for a one-time spectrum charge on airwaves above 4.4 MHz allocated administratively, in the Airtel-Telenor merger.

Sources said the total for liberalisation of spectrum could be Rs 50-60 billion for both companies.

The firms applied for DoT’s nod of the merger last week.

The department is evaluating the charges or dues having accrued to the companies and is likely to raise the demand by Wednesday.

However, people close to the firms say DoT’s demand for liberalising all of Vodafone’s administered spectrum could be challenged in court.

The company feels that only in circles where the validity of licence will increase after merger, DoT’s demand would be justified.

However, if the demand by DoT is not raised by May 30 or 31, Idea might have to pay whatever is asked for, courts slose in June.

“The firm either has to wait for the courts to open, which will delay the merger or pay whatever is demanded,” said a source privy to the proceedings.

This will be the first instance of a merger between firms where the acquiree holds administered spectrum.

The earlier two approvals involved Airtel -Telenor and Reliance Communications (RCom). MTS did not have to pay for liberalisation, as both Telenor and MTS had all auctioned spectrum.

RCom was supposed to pay about Rs 2,600 crore for liberalising Aircel’s airwaves but the deal fell through.

Apart from the liberalising charge, DoT is not likely to ask for other dues, as most of these are under litigation or stayed by the courts like licence fees, spectrum charges.

The department will take an undertaking from Idea on taking ownership of the dues when there is a final decision taken by the courts.

After the merger, Idea will be the licensee to DoT, as Vodafone will cease to exist.

DoT is likely to give its go-ahead to the merger by June 15.

The proposal of Idea for increasing foreign direct investment (FDI) to 100 per cent is also likely to be approved in a couple of days as no objections have been raised by the department of industrial policy & promotion.

To spearhead the merger process, Aditya Birla Group chairman Kumar Mangalam Birla met telecom minister Manoj Sinha last week. The department is also likely to push the merger, as it wants to give a positive message to the sector, currently under financial stress.

Even after 11 months, SEZ Rules not aligned with GST laws 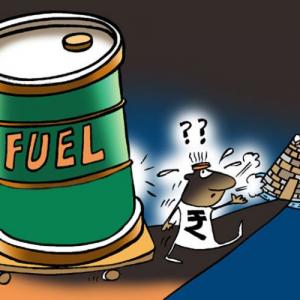