If you are one of the millions of global positioning system device owners across the world, you may want to thank Indian-born inventor, Sanjai Kohli, for having made this a possibility.

Consider this. Till around 15 years back, no one gave much thought to having GPS devices in towns and cities. GPS was also the prerogative of the military force. In 1978, based on a total of 24 specially-designed Navstar satellites (each weighing over 800 kg) that orbit the Earth at 12-hour intervals, the US military laid the foundation of GPS.

Each satellite broadcasts a constant radio signal back to earth, and a GPS receiver device reads and compares the signals from three satellites to establish its own longitude, latitude and altitude.

However, at least three or four satellites had to be in range, and if even one satellite signal was blocked, the GPS would not function. Tall buildings, poles and trees in cities and towns posed a major hurdle to a clear line of sight.

It was Kohli and his partner Steven Chen who found a solution to this problem that paved the way for GPS becoming a mainstream product. After completing his engineering training at the Indian Institute for Technology, Bombay and later at Washington University in St Louis, Kohli founded SiRF Technologies in 1995. It's here that he and Chen developed powerful and inexpensive GPS chips.

"We combined information from satellites with secondary sources such as external sensors, databases and maps," says Kohli, who is the son of F C Kohli - popularly known as 'Father of the Indian software industry'.

"Till 15 years back, GPS was primarily used by the military and in planes and ships. We (Chen and Kohli) felt it could also be used by consumers in cities," explains Kohli.

This new approach would enable weak GPS signals to be found within milliseconds and consequently paved the way for the use of handheld GPS navigators in urban spaces.

The new GPS system could also leverage alternative sources when satellite signals were down. This meant that the system could remain in operation even with only one satellite in range. All the complexity of the technology was captured in a single chip, making it cheaper and possible to insert in portable devices.

The chips were also much less expensive to produce. A GPS device, which would cost a few thousand dollars and yet not be operable in cities, could now be purchased for $100, and used anywhere.

The move was significant since sales, till then, were held back by the high price tags. Producing GPS computer chips was expensive, and they also had performance issues. It was not until 2002 - the year Kohli and Chen's invention was released - that the consumer GPS market really took off.

The chipsets took the market by storm, recalls Kohli. While there are over 400 million GPS devices in cars and mobile devices worldwide, GPS-enabled mobile phones comprise the fastest-growing segment, moving over 77 million units in 2009.

According to the 'World GPS Market Forecast to 2013' from RNCOS, the GPS market is expected to grow at a CAGR of more than 20 per cent to cross $75 Billion by 2013. In February 2009, SiRF was purchased by UK wireless chip company CSR for $136 million.

Fifteen years after he co-founded SirF, the European Patent Office, along with the European Commission, has recognised his efforts and named Kohli (along with Chen) a 2010 Inventor of the Year for "his work on developing powerful chipsets that increase the speed and precision of GPS navigation systems used commercially in cars, planes, ships and mobile phones".

The annual award (in its fifth year) is given to individuals and teams whose ideas and innovations have not only made a tremendous impact on shaping the larger modern world, but have also contributed significantly to Europe's economic growth and competitiveness.

Kohli and his co-inventor Steven Chen were among a total of 12 nominees and only three in the 'Non-European Countries' category chosen by a high-profile international jury of entrepreneurs, managers, scientists, researchers, investors and journalists.

"I was initially surprised but am honoured to be recognised among such an elite group of innovators," says Kohli who has mostly been an entrepreneur. After he brought in a professional CEO and the management team was in place at SirF, he founded a wireless communication company, WirelessHome, in 1999, and then a mobile video company, TrueSpan, in 2004. Kohli was also part of two private equity (PE) funds.

The itch to invent, however, has not abandoned him. "I spent almost a year looking at the solar space. It has become a commodity market and is being run by China. I have formed a team to work on increasing the power yield from a single solar panel. We are working on increasing the yield by 25 per cent. This means you can have much more energy generation and yet use the same space for solar panels as before. It will be of immense help in crowded countries," says Kohli.

He is also talking to Indian telcos on how to create what he terms as "virtual bandwidth". How will he go about it? "Now that's what I want to get a patent for," he concludes with a grin. 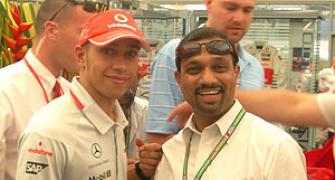 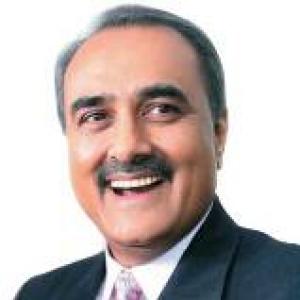 Chandhok crashes out of Bahrain GP