The Indian government and major private players are working together at multiple levels to boost cyber security in various agencies. 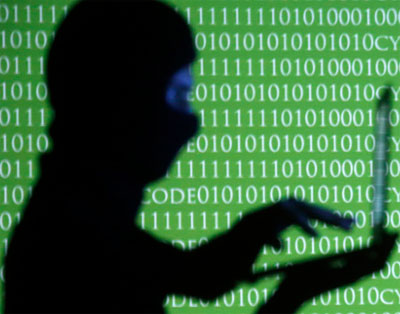 With the threat of cyber crimes and terrorism looming, the government as well as industry is reaching out to cyber security firms in the US and Israel to boost their internal systems.

“The industry needs smart and powerful tools to protect their networks, which need to be fully secured. Special protection is required,” said Peeyush Agrawal, member (technology) at the Department of Telecommunications.

While the country has made enormous progress in IT and e-commerce, cyber-security in India is at a nascent stage.

Israel, the biggest player in the sector after the US, exported $6 billion worth of cyber-related products in 2014.

The Indian government and major private players are working together at multiple levels to boost cyber security in various agencies.

While at present it is working with software giants such as Microsoft, it is also holding talks with companies from Israel and the US.

According to Microsoft, it is working with the government on setting up the Cyber Security Engagement Centre under the digital crimes unit of the company.

The company said it would offer cyber security services to various agencies of the Indian government, including the defence forces and power plants in the country. It is also holding talks with many companies.

According to private firms such as US’ Black Duck Software, India is a huge untapped market.

“The Indian cyber security market is significantly large and it is growing at a fast pace as there is a national economic dependency on it.

Indian economy is IT-centric and the performance of these sectors depends heavily on cyber security.

We are just starting to have conversation with the Indian government and are meeting the national cyber security group, representatives from defence as we’re seeing a lot of demands coming from these areas,” said Adam Clay, vice-president of worldwide sales at Black Duck Software.