As per the agreement, Alcatel Lucent will provide technology to O-Zone that will enable seamless migration of telecom users from their existing mobile networks to Wi-Fi -- a wireless internet service -- whenever the user is within the Wi-Fi hotspots developed by O-Zone.

"We have an agreement with Cafe Coffee Day, Hard Rock Cafe, DLF, Trident, Fortis and others to create Wi-Fi hotspots in their premises," O-Zone Networks CEO and Founder Sanjiv Bobby Sarin told PTI.

"We expect to have 20,000 Wi-Fi hotspots running by the end of 2012," Sarin said. Wi-Fi hotspots created by O-Zone are locations where people can access Wi-Fi Internet services when they are within the range of these locations.

"Telecom service providers are looking for easing load on their network and use their spectrum efficiently. Hence, there is ample opportunity coming up for Wi-Fi hotspots in India," said Alcatel Lucent India Managing Director, India regional Unit, Munish Seth. Sarin added that O-Zone already has partnered with airtel for its Wi-Fi service and is in talks with other telecom service providers in India for creating Wi-Fi hotspots in partnership with them.

"In the West, telecom companies have seen their bandwidth getting choked because of download of video applications. There, operators have 20 Mhz of spectrum for running 3G service and in India, you have only 5 Mhz. This shows the need for offloading the network of telecom companies by alternate mechanisms like Wi-Fi," Sarin said.

Alcatel Lucent will provide an intelligent network for the Wi-Fi service of O-Zone, which will help users migrate from their 3G or 2G network to Wi-Fi without them having to make an effort to connect to the Wi-Fi network.

"The network will have intellingent features which will identify subscribers' usage pattern on the network and provide content of their preference without them browsing or searching for it on the Internet," Seth said. Seth said that subscribers of the company will be able to download heavy applications at the Wi-Fi hotspots using the Wi-Fi network, which will put less burden on telecom service provider's network.
Source: PTI© Copyright 2020 PTI. All rights reserved. Republication or redistribution of PTI content, including by framing or similar means, is expressly prohibited without the prior written consent.
Related News: Alcatel Lucent, Sarin, India, Seth, DLF
SHARE THIS STORY
Print this article

India to be global services hub for Alcatel-Lucent 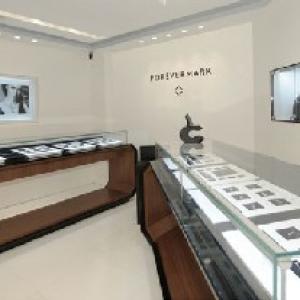 A cut above the rest: Will De Beers' Forevermark make it big in India?