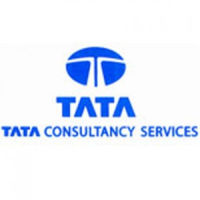 Until a few months back, Subhasish Saha, chief technology officer, Apeejay Surrendra Group, wasn't very sure if he could trust a large Information Technology services firm for services and solutions.

His contention was that most large firms he had spoken to did not have a Small and Medium Enterprise focus.

But, his idea changed when he decided to take the iON SME offering from Tata Consultancy Services for the group's Oxford Bookstore.

"The integrated offering impressed me. TCS has created a different SME unit that works like an SME," says Saha.

For Chander Swamy, the CEO of Reilto Enterprises, the reason to work with TCS was just the opposite.

"We burnt our fingers earlier by working with SME players offering solutions. One of the biggest reasons for us to work with TCS was that they did not tell us what they had to offer. Instead, a seven-member team worked with my people for four months to understand our IT requirements. Based on their findings, they recommended a solution. Besides, I did not have much capex," says Swamy.

India's largest IT services provider, TCS, is stepping into an unchartered territory by targeting the small and medium enterprises. As part of its SME Cloud offering, launched in mid-February, TCS will now also focus on firms in the revenue bracket of Rs. 10 crore (Rs. 100 million) to Rs. 500 crore (Rs. 5 billion).

This focus on the SME segment is part of the company's restructuring it underwent in 2008.

"We realised that SMEs had unique requirements. For about two-and-a-half years, we studied the market. Based on the feedback and pilots that we carried, we launched an integrated model that took care of an SME's hardware, network, services and applications requirements," says V Ramaswamy, global head, iON, TCS.

TCS has already signed up over 130 clients for its iON offerings and plans to take its customer base to 1,000 in the next one year. Clearly, the opportunity is huge, as TCS expects the SME segment to be a $1-billion (around Rs. 4,500-crore) revenue business in the next five years.

The global SME market's opportunity size is $1 trillion. Add to this the fact that the SME market is growing at a pace three times that of large companies. The global software, as a services segment, is growing at a compounded annual growth rate of 25 per cent. In India, 690 per cent of the SMEs do not have IT infrastructure.

For N Chandrasekaran, the managing director and chief executive officer of TCS and the chief architect of iON, this is a milestone for the company.

"It is a huge opportunity for us to offer services based on cloud to SMEs. Today, we do not have any competition in the subscription model," he says.

The success of this model is important for him also because this is a segment of his non-linear growth strategy. Cloud-based offering, BPO platform approach and its 'Bank in a box' are three crucial elements of TCS' non-linear strategy that will generate 10 per cent of its incremental revenue by fourth quarter of 2011-12.

TCS believes that the service offering is unique and more comprehensive than any other currently available in the market.

Industry analysts are keenly watching this new offering from TCS for two reasons. First, TCS is, perhaps, so far the only IT provider that is giving IT solutions in a bundled manner (including both hardware and software and services). Second, and more important, how a $6.3-billion firm moulds itself to work with the SME segment is to be seen.

TCS would still be pitted against many of the global players in the cloud segment, like Google, Amazon, Salesforce.com, SAP, EMC and others in the software and applications space.

"What makes Tata's iON announcement more interesting is that it could signal a massive surge in Asian IT investment. That could, in turn, position the region's business IT use to leapfrog western markets; or, it could fall flat. If it succeeds, Tata's iON will be an example for current and would-be cloud IT providers globally in how to succeed in (small) businesses," says Bruce Guptill and Robert McNeil from Saugatuck Technology.

Aman Munglani, research director, Gartner, says: "There are various versions of cloud computing services being offered in the market. TCS' strategy will be keenly watched. It certainly helps have a large player backing an emerging concept."

To tackle the issue of reach, TCS has opted for a channel network. It has already signed up 80 partners who are trained and certified by TCS on its new offering.

These partners will get customers for TCS but the contract will be signed between the user and TCS. Channel partners are common among hardware players. But a services firm creating a channel environment is, again, a new initiative in the industry.

"I think one of our biggest USPs is that we have worked with global banks and multi-nationals. And they, in turn, have trusted us with their data. We are an established player in the segment," says Ramaswamy.

To be true to the concept of cloud, which would allow a user to discontinue its services, TCS iON has also included an exit option.

"We do have a three-year agreement with a client. We think, this is safe time for them to understand the benefits of the solutions. But clients also have an exit route. At present, we have the strategy to return their data as they want it," says Ramaswamy.

But as Reilto's Swamy points out, an exit option just puts the onus of the success of this model more emphatically on TCS.

A lot depends on the success of this model for TCS and Chandrasekaran. Its success in India will allow TCS to take this model to other emerging markets.

Traction in this would also mean that one of the pillars of non-linear growth strategy will be in place. But, more important, if TCS pulls this off, it will gain market share in one of the largest emerging countries.

Get Rediff News delivered into your Inbox.
Shivani Shinde in Mumbai
Source: 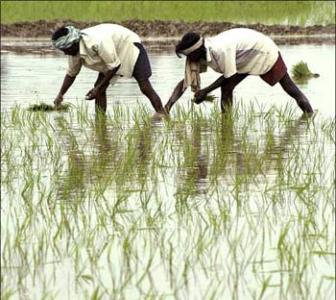 'Budget: Govt should give incentives to agri' 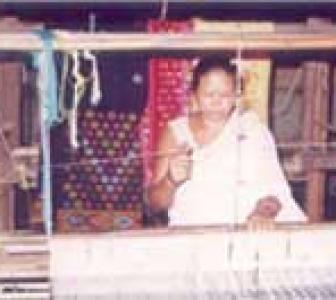 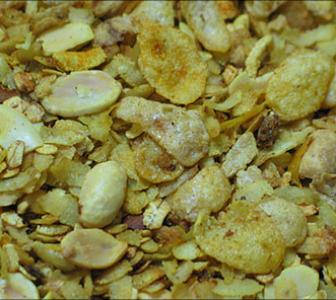 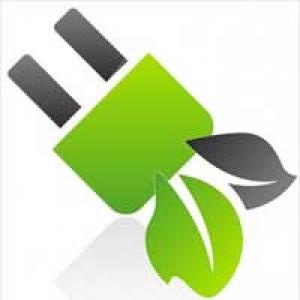 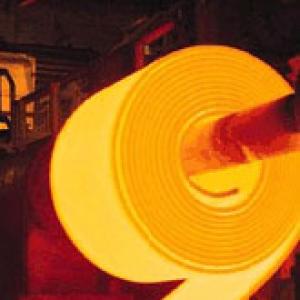