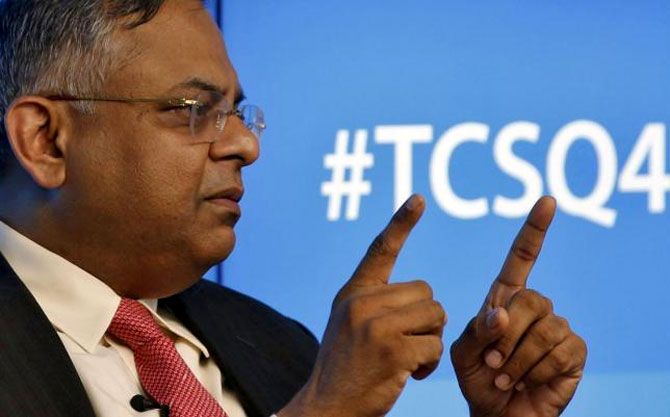 Tata Consultancy Services, a leading global IT services, consulting and business solutions firm, on Tuesday, announced its ranking as the 58th most valuable US brand in an annual survey by a top brand valuation company.

The Brand Finance study 'Top 500 US Brands' evaluates the financial value of a company's brand name, intellectual assets and trademark as compared to companies across industries.

TCS is one of only four global IT Services companies recognised as a Top 100 Brand in the US, and is the sector's most powerful brand with a score of 78.3 points, earning it an AA+ rating.

"TCS' customer focus has been central to its recent success, but a closer look at our data shows strong and improving scores for brand investment and staff satisfaction, too," said David Haigh, CEO of Brand Finance.

"It has emerged as a dominant force in the IT services industry and is the strongest brand in the sector. Its brand power is indisputable. This ranking truly reflects the extent to which TCS is deeply rooted in the US community, focused on the impact we can have for our customers and society at large," said Surya Kant, president of North America, UK and Europe of TCS.

TCS has significantly invested in the US over the past year to further its business growth and brand strength. New facilities, such as the Digital Reimagination Studio in Santa Clara, are fostering its enhanced digital initiatives with customers, while TCS has been the top recruiter of US.

IT Services talent is working with many of the nation's top colleges. As a result, TCS has received numerous industry accolades, including being named as a Top US Employer by the Top Employers Institute and one of Achievers' 50 Most Engaged

Among its many initiatives, the company co-hosted the inaugural STEM Mentorship Awards at the White House and reached the milestone of 660,000 pledges with Million Women Mentors, representing two thirds of the programmes goal of 1,000,000 pledges from STEM mentors for girls, young women and minorities.