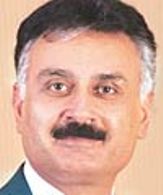 PricewaterhouseCoopers' new chairman is busy putting the past behind the consultancy and raising the bar on risk and quality.

Sometime in early 2007, PricewaterhouseCoopers (PwC) decided to elect its chairman.

This was a first in India - never before had a professional services firm taken to democracy. Till then, the senior-most partner automatically became the chairman.

In the fray were Ramesh Rajan and Deepak Kapoor; all partners and executive directors were eligible to vote. When the votes were counted, Rajan was declared the winner. He was appointed for a four-year term. If Kapoor was disappointed, he didn't show it, writes Bhupesh Bhandari.

Things have moved at a fast pace since then. Rajan couldn't complete four years in office. The Satyam scam broke out in January 2009, in which two PwC auditors were arrested, and he resigned.

In December that year, PwC announced that Gautam Banerjee, a partner in Singapore, had taken over as the chairman. No elections were held; it wasn't specified how long Banerjee would run India.

There were murmurs that the partners of the firm resented his appointment. Then, a year later, news came though that Kapoor would be the next chairman. He formally took charge on January 1.

Ten days later we are seated at Dakshin, the south-Indian restaurant at Sheraton New Delhi. The cuisine is from the four southern states. The décor is distinctly temple-like. Carnatic music plays in the background.

Large silver thalis are placed on the table. The waiters are all wrapped in veshti. In spite of the favourable food reviews, we are the only guests in the restaurant.

Kapoor, dressed sharply in a blue business suit, looks pleased with the elevation but is guarded in his comment. PwC, after all, has had more than its share of controversies in the last few years - accounting scandals, departure of partners and flip-flop on elections.

I begin with the last: Elections one year, an implant from abroad two years later, and then appointment of an old hand the next year (Kapoor has been 32 years with PwC)? Kapoor, Diet Coke in hand, sees no big deal in this.

After Rajan's tenure ended because of the Satyam scandal, it was decided to get international best practices to make sure that such incidents do not recur, he says; this is how Banerjee became the chairman.

After a year, PwC went through elections one more time, and Kapoor won. The process this time was more rigorous than earlier. It began with nominations. Then, instead of getting into the vote straightaway, governance board members visited the cities and spoke to the partners on their expectations from the chairman. The process zeroed in on one name which was put to ratification by a vote.

Meen Varuval, fried fish from Kerala, is served. The aroma of the spices fills the table. There are assorted chutneys, tangy and sweet. I enjoy the chutneys as Kapoor gets busy telling me all is well at PwC in spite of Satyam.

According to him, PwC has lost less than 10 customers and gained over 100 in the two audit cycles after Satyam. Some customers were given up voluntarily, he says.

An expert on risk and quality was brought in from London to improve the standards, the whole assurance team was overhauled and a special team was made to go through the audit reports for all large companies.

"Our perception amongst customers," says Kapoor, "remained the same, though it changed among non-customers." His priority now is to raise the bar on risk and quality. "Growth will come as a consequence of that," he says.

Satyam is not the only fiasco PwC has faced in recent times. When the Global Trust Bank affair broke out, the Reserve Bank of India barred PwC from auditing banks for one full year. The impact on income, says Kapoor, was minimal because one firm cannot audit more than a handful of banks.

More recently, PwC had to vacate its office in south Delhi, not very far from where we are lunching, because it was an illegal construction. Around the time Satyam came to light, reports surfaced on tax demands made on the firm. These, Kapoor says, is routine stuff that any corporation has to go through; the Satyam scandal had made PwC everybody's favourite whipping boy.

The main course, Kozhi Melagu (chicken from Karnataka), Avial (vegetable curry from Kerala) and Veinchina Masam (mutton from Andhra Pradesh), rolls in. The chefs have been told not to make the gravies too spicy. Appams, soft at the core and crisp on the edges, go well with the gravies.

To make matters worse, the Satyam scandal broke at a time when the economy had begun to slow down. Growth in 2008-09 as well as 2009-10, says Kapoor, halved from 30 to 40 per cent in the past. Accountants and consultants are as secretive as the Stasi with numbers.

This is as far as Kapoor is ready to go. But the transactions advisory business (mergers, acquisitions, restructuring, etc; this is where real money lies) has started to look up, he says. By the next financial year, 2011-12, he hopes business will reach the same levels as in 2007-08.

At the moment, the fees are short of the 2007-08 peaks, though salaries have risen. What this means is that the income of PwC partners is yet to rebound to the peak.

PwC has also had to contend with the departure of a large chunk of its tax team - they had joined arch rival Ernst & Young. These people, Kapoor says, were those who had joined from RSM, a tax firm PwC had bought some years ago.

Didn't the firm have an inkling that so many people had decided to leave at one go? "I can ask the team leader to keep an eye on his people; but if the team leader decides to leave, what can I do," says Kapoor. Still, he adds, PwC's tax practice today is stronger than before. That may be fine, but is the business it gets higher too? Kapoor nods in affirmation.

Often one has wondered if consultants and accountants have a life outside business; seldom will you find them in informals or in a garrulous mood. Kapoor reveals the other side when he says he is fond of Hindi poetry, especially Madhushala of Harivansh Rai Bachchan.

Then there is the adventurous streak in him. Some years ago he had travelled to Lahore to watch a one-day cricket match between India and Pakistan (the one in which Parvez Musharraf praised Mahendra Singh Dhoni 's hairstyle). The idea, he says, was also to visit his ancestral haveli in the city on the banks of the Ravi.

Though it was a 40-room building, and his uncle had given him precise directions to find it, Kapoor couldn't locate it. He finally sought help from the local police station. The thanedar sent two constables with instructions not to come back if Kapoor didn't find his home.

The house was finally located; Kapoor went from one room to the other with a crowd of at least 50 locals behind him.

He declines dessert or coffee. Clearly, he has a long day ahead. The winter chill is gone and it's warm and sunny outside. A deep-blue BMW rolls on to the porch to whisk him away to work. 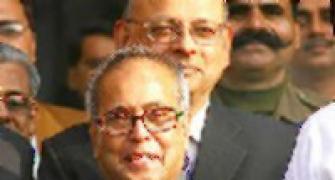 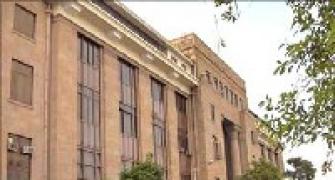 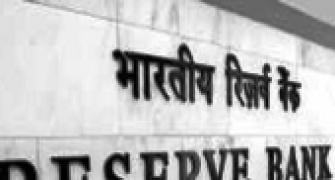 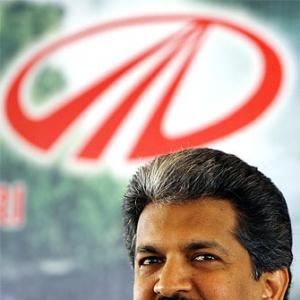 The story of Satyam's stunning turnaround 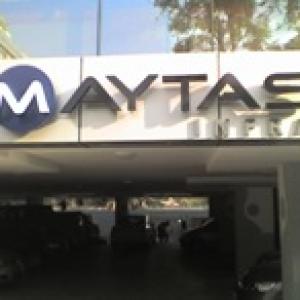 IL&FS to take over Maytas Properties