If she can help it, South Carolina's Indian American Governor, Nimrata 'Nikki' Randhawa Haley, would like nothing better than have India and China competing for the investment opportunities in her non-unionised state and creating more jobs. 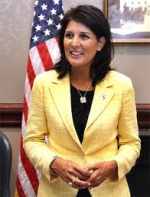 In the interaction that followed with the press after she met with visiting Indian Ambassador Nirupama Rao and both had delivered their opening remarks, Haley said, "We just brought a company from China as the candy manufacturer that we positioned in Sumter."

"This is the time when we are really looking at other countries and anybody that's interested in investing, we want to do that," she said, and added, "India has a group (of companies and industry) that would synergise with South Carolina very easily."

Last month, the Hong Kong-based candy maker Au'Some announced that it would set up a $6 million factory in Sumter and have it up and running by the end of the summer generating 120 jobs for starters.

Haley said that "the cost of doing business in South Carolina is very low, the trained workforce that we have is great and improving with the new training skills that we've put in place."

"And you take the fact that we are one of the lowest unionised states in the country and that makes it very attractive for international companies looking in to come to South Carolina."

Thus, Haley argued, "You combine all of that with the fact that we passed tort reform last year that we are passing tax reform this year, which we are going to continue to become more business-friendly, it makes us more attractive."

She said, 'I just have to sell what a great state we already have and I am using a natural partner (India) to do it."

Haley said that "as the dollar is weak right nowit's prime opportunity for foreign investment."

She also said she was hoping to get India to send over some of its highly qualified professors with specialised expertise "at their charge, but allow them to teach us some of the things they are doing as they are at our heels, as we watch India and China do that everyday."

But for us to also be able to share, whether it's what we are doing with our ports or infrastructure. It's a win-win win on both sides if we allow it to work."

Haley said, "So we are look at in the future, planning on meeting with large groups of business people that are investing from India into the United States as well as going and seeing how we can share that information with them."

love to have those direct conversations with India. But this is a start of what could be a lot of us helping India with the things that we already do well, which is infrastructure, which is our higher education."

Asked when she planned to visit India, which she had planned to do last year on an invitation from Rao's predecessor Meera Shankar, Haley ruled any such trip in the near future, saying she would first like some Indian companies to invest in South Carolina.

Haley said, "What we are talking about is how do we get that industry into the state and then it's time that's the time where you talk about going."

She pointed out that "when you see us do these air-show events, it's because we already have Boeing, and we are trying to build on that."

"Right now we have an Indian base already with 5 or 6 companies. We want to build on it before we start looking at taking a trip," she added.

Rao said that following her meetings with Haley and her team and touring South Carolina, including the port in Charleston and the University of South Carolina, where she conferred with its president, Harris Pastides, she found the state "a very conducive environment for foreign investment, which is what Indian companies will look to."

She promised that once she got back to Washington, DC, "I am going to have more intensive discussions with representatives of Indian businesses and industry, many of whom work in the United States and who are already a presence here, and to see how we can bring them to South Carolina."

On the educational front, Rao said, "If we can partner, especially with universities and educational institutions, and see how you are able to synergise your educational capacities with what industry requires -- and that is really what we need to do in India also -- in many senses, learning from South Carolina's example is as important as promoting business and investment ties between the two countries."
Aziz Haniffa in Washington, DC
Related News: South Carolina, Randhawa Haley, India, OHaley, Nirupama Rao
SHARE THIS STORY
Print this article
Why Headley, Rana are UNLIKELY to be extradited 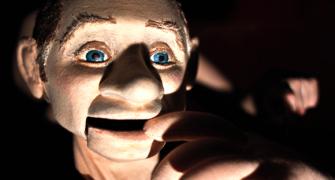 To contain China, focus on its vulnerabilities 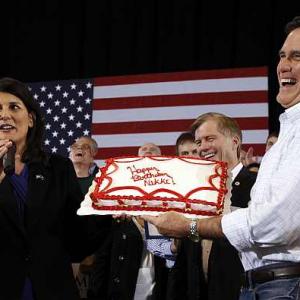