Only 2.3% of the Indian workforce has undergone formal skill training, as compared to 68% in UK and 52% in the US 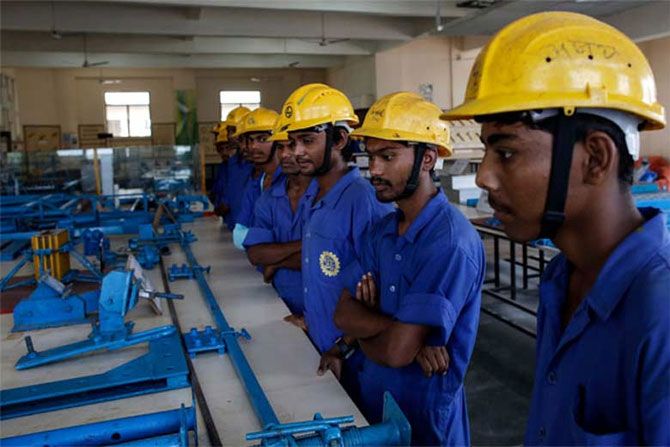 In its new avatar, the initiative of skilling India, will have to achieve much more than what it could so far. The most important challenge is taking advantage of the demographic dividend, which is both, the biggest opportunity and the biggest concern for the country. With only 2.3 per cent of the total workforce in India having undergone formal skill training as compared to 68 per cent in UK and 52 per cent in the US, the quantum of the challenge is still high.

Industry experts say that public perception on skilling and vocational training is still low. "Skilling is perceived as the last resort meant for those who have not been able to progress in the formal academic system. This mental block has only increased the gap between what the industry requires and what is currently available," said the chief executive of an education technology firm involved in skill training.

Another concern would be to ensure that ground level implementation of skill policies happen at the same speed at which the youth are coming into the workforce.

"Wonderful things like formation of sector skills councils and formulation of the national skills qualification frameworks, among others have happened between 2009 and 2014. Revision means taking those things that continue and introducing new things, so that the future is in terms of a policy which is current in nature," Subramanian Ramadorai, Chairman, National Skill Development Corporation (NSDC) had told Business Standard recently.

With new policies on skill development being put in place, the re-skilling and up-skilling initiatives are expected to put up pace. The objective of the National Policy on Skill Development and Entrepreneurship, 2015 will be to meet the challenge of skilling at scale with speed and standard (quality). It will aim to provide an umbrella framework to all skilling activities being carried out within the country, to align them to common standards and link the skilling with demand centres.

Siddharth Chaturvedi, director of AISECT which is one of the largest ICT & skill development network said that the new Skill Development and Entrepreneurship Policy which would form the foundation of Skill India Mission would hopefully provide the much needed impetus to coordinated effort in skill development initiatives of various Departments and Ministries.

Challenges for the skill training segment will have to be addressed -- one, aligning student aspirations with industry expectations on salaries and job roles; two, convincing employers to hire the skilled force than looking for a cheaper resource, this when the primary challenge faced by over 75 per cent of Indian businesses is the shortage of technical or specific skills.

“The skills development segment has a serious problem. The people you want to train, you don’t know where they are. All the money goes into hunting for them. Then, they don’t have money to pay you. A lot of people get trained and do not return,” said a senior Educomp Solutions official. “Though NSDC funds a lot of these ventures, barring a few that are directly linked with some schools, nobody has been able to make money in skill development.”

It has also happened that youth seek training and decline to take up a job offer prefering to go back to their hometown. 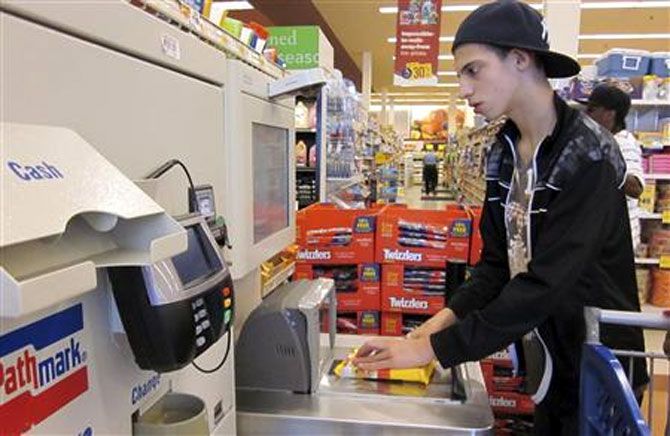 Industry says in any situation there is natural attrition. NSDC would have to look at providing job opportunity across. "Jobs have to be found where the skilling takes place. We believe that we must provide opportunities across," Ramadorai had said. Industry players say skilling will also have to go beyond the token corporate social responsibility initiatives that companies take up.

The type of courses affiliated under NSDC include those conducted by NSDC approved training partners which should be certified by Sector Skill Councils (SSCs) as well as courses that may not be certified by SSCs as no SSC exists in that area.

Dilip Chenoy, MD & CEO, National Skill Development Organisation said that NSDC has exceeded its target to train individuals and are on track to achieve their targets. They skilled about 3.3 million people last year and are planning to skill 6 million people this year. NSDC was formed to achieve the target of skilling and up-skilling 150 million people by 2022 by fostering private sector initiatives in the skill development space.

The body is also working closely with Government of India, to provide an impetus to the skilling mission. The STAR (Standard Training Assessment and Reward) scheme which provides monetary reward to candidates for undergoing skills training is one such initiative.

On demand side, a skill gap study has been conducted by NSDC in 2014, which indicates that there is an additional net requirement of 119.2 million skilled manpower in twenty four key sectors by 2022. It is observed that today the total workforce in the country is estimated at 487.4 million, of which approximately 51 per cent is in the non-farm sector.

Academia has also not been able to produce effective skills. Ajay Kela, president and CEO , Wadhwani Foundation said that in India, and globally, there is an enormous gap between the skills needed by the industry and what academia is producing, resulting in a deep fracture in the talent supply chain. He said that by 2020, almost 60 per cent of India’s population of 1.3 billion will be in the working age group of 15-59 years, if adequately skilled this demographic dividend could make India a global HR powerhouse.

As government officials also agree, apart from mere fund allocations from the private sector, proper handholding from private sector is what will boost the new phase of skilling. Be it from the training perspective or from job opportunity perspective, skill council heads also say that higher private participation will be the key. 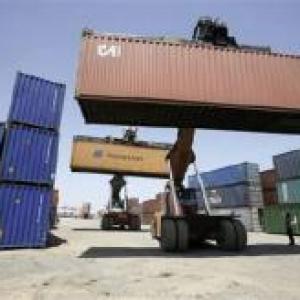