Sahara group promoter Subrata Roy said he will take his newly acquired Indian Premier League (IPL) team public by 2013, the second year of operations, and is open to having investors take a minority equity stake in the franchisee.

"We can surely go in for an initial public offering in the second year of our operation. We expect to make money from the first year," Roy told Business Standard.

On Sunday, Sahara bid a record Rs 1,702 crore for the IPL's Pune team, which will see action from the 2011 season, a 64 per cent premium over the price Mukesh Ambani paid for the Mumbai Indians in 2008.

Roy also said the group is already getting offers from London soccer clubs as well as some industrialists in India for a stake in his team. "We will look into their financial proposals but will only give a minority stake if we do," he added.

Justifying what seems a very high price Roy pointed out: "When the price was $100 million last time everyone said it was a very high price to pay for an IPL team. But valuations have gone up three to four times and IPL has been a success story. We expect valuations to move up at least two to three times. After all, there are only ten teams."

Roy said their bid was only 10 per cent higher than the second highest bidder. "In the last bid that was aborted on March 19, the price had touched $320-330 million. Once we made up our mind that we should win we knew it would touch $350 million. We wanted to ensure that we win," he added.

Sahara already has close links to cricket sponsorship. In December last year, it was given a six-month extension for its rights to sponsor the Indian cricket team after its four-year contract expired. The company had paid over Rs 400 crore for the deal.

Asked whether he had any particular players in mind for his team (considering many of them have been brand ambassadors and close friends), Roy said: "The players we choose will depend on the rules that are fixed by IPL."

On speculation that Sahara might bid for a stake in UK football team Manchester United, Roy said, "They have come and given a presentation, but we are not comfortable with the figures, though we are still talking." 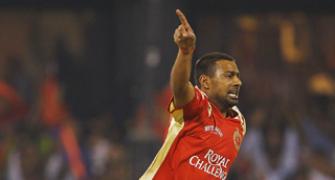 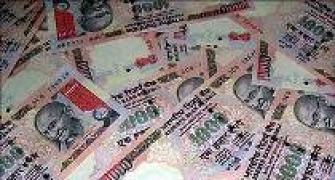 Air One to fly between Aamby Valley, Mumbai, Delhi