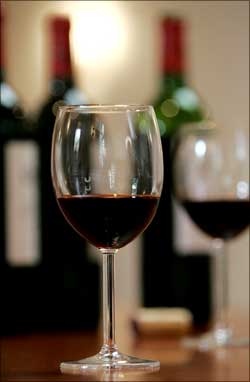 It may be time for the wine industry to say cheers: a revival package for the industry in Maharashtra is on the anvil with the state government likely to announce a Rs 90-crore (Rs 900 million) package by Friday.

Wineries in Maharashtra, which produce over 90 per cent of the wine in the country, have been facing a severe financial crunch due to economic recession. The problem was compounded because of the terrorist attacks of November 26, 2008 in Mumbai, as the foreign tourist inflow -- on which the retail wine business is heavily dependent -- was badly hit.

According to a senior state government official, the package could be considered at the forthcoming meeting of the state Cabinet.

The wineries in the state are asking for a twin solution: allowing current stocks of wine to be converted into brandy; and extension of a revival package in terms of soft loan and subsidy.

The wine industry has also been affected by excess inventory accumulated during the booming market of 2000-2006 and the helpful wine policy of the State government. Currently, there are around 70 wineries in Maharashtra, spread across Nashik, Sangli, Pune, Baramati, Imamabad, Buldhana and Solapur. Their annual capacities range from 50,000 litres to 500,000 litres.

Prashant Sankpal, managing director of Sangli-based Ritza Wines, says, "The files are moving in the positive direction. We hope that the government will take a decision during this week's Cabinet meeting."

"Almost 70% of the current problems are due to the economic slowdown and 20% due to the terror attack. The rest is due to the rise in price of grapes," said Sankpal, who is also vice president of the Sangli Region Wine Producers' Association.

Due to lower sales, many of the wineries are facing storage problems. As the new crushing season has already started wineries have to take some action soon or the crop will wilt.

Also exports to the United States and the United Kingdom too were hit due to recession. Rise in tax rates, including VAT, excise duty, license fees and registration fees charged by various states also added to the woes of the industry, Sankpal said.

The Maharashtra Grape Processing Industrial Policy unveiled in 2001 provided a boost to wine production in the State. The policy gave 100 per cent exemption from excise duty for 10 years, which attracted most the farmers to turn to grape cultivation.

Sula Vineyards Chief Executive Officer Rajeev Samant says: "Unseasonal rains in 2009 have hit the harvest by close to 40 per cent. This will mean there will be fewer grapes to crush. It is a blessing in disguise as the wineries are not too keen on crushing. The government should seriously think of promoting wine tourism in the state without affecting environmental balance."

He is also of the opinion that the government should allow the distillation of some of the unsold stock of wine to grape brandy.

Recently, UB Group -- under its wine brand Four Seasons -- had announced its entry into the wine tourism space. Its winery in Baramati will be opened up for the tourists by the end of this month. 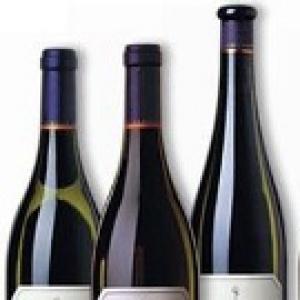