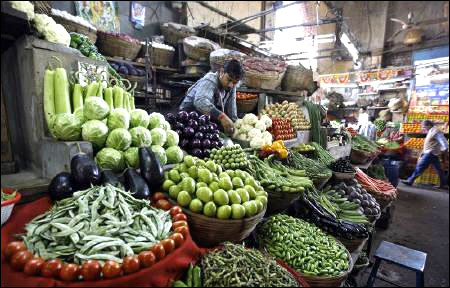 India's retail inflation eased in March to a six-month low, helped by smaller rises in food prices, giving relief to policymakers as they strive for faster economic growth without unleashing price pressures.

Raghuram Rajan, governor of the Reserve Bank of India , cut policy rates by 25 basis points last week to a more than five-year low, saying he could look for more room to ease if inflation trends stay benign.

Annual consumer price inflation, which the RBI tracks to set its interest rate policy, eased to 4.83 per cent in March from a year ago, data released by the Ministry of Statistics on Tuesday showed.

If inflation holds below 5 per cent, that could encourage the central bank to ease interest rates further, some analysts said, while others saw little room left.

"The drop in Indian consumer price inflation in March is likely to fuel talk of more interest rate cuts, but we think that the scope for further monetary loosening is limited," said Shilan Shah, India economist at Capital Economics.

Economists surveyed by Reuters had forecast retail inflation would slow to 5 per cent in March from an upwardly revised 5.26 percent in February.

Output at factories, utilities and mines grew an annual 2 per cent in February, higher than the 1.0 per cent forecast by economists surveyed by Reuters.

Retail inflation has eased from double digits in 2013, helped by a plunge in global crude oil prices, tight monetary policy and fiscal consolidation.

Finance Minister Arun Jaitley aims to bring down the federal deficit to 3.5 per cent of gross domestic product in the current fiscal year, while allocating more funds to the struggling farm sector.

Food inflation eased slightly to 5.21 per cent in March from 5.30 per cent the previous month.

Offering hope that India's two-year drought may soon end, India's weather office forecast that this year's June-September monsoon rains would be above average.

"The above-normal monsoon forecast should augur well for agricultural production, and thus there are downside risks to inflation estimates as far as food inflation is concerned," said Madhavi Arora, an economist at Kotak Mahindra Bank in Mumbai.

India's annual economic growth slowed to 7.3 per cent in the October-December quarter from 7.7 per cent the previous quarter, below the 8.0 per cent growth needed to generate jobs for the millions of Indians joining the workforce each year.

The central bank aims to bring retail inflation down to 4 per cent by March 2018.

It fears a proposed hike of about 24 per cent in the wages of nearly 10 million federal government employees and pensioners later this year could put upward pressure of 1-1.5 per cent on inflation.

In Asia, China's annual retail inflation remained stable at 2.3 per cent in March, followed by South Korea's 1.0 per cent, compared with 4.45 per cent in Indonesia.

© Copyright 2020 Reuters Limited. All rights reserved. Republication or redistribution of Reuters content, including by framing or similar means, is expressly prohibited without the prior written consent of Reuters. Reuters shall not be liable for any errors or delays in the content, or for any actions taken in reliance thereon.
Related News: Reserve Bank of India, Kotak Mahindra Bank in Mumbai, Reuters, Rajesh Kumar Singh, Ministry of Statistics
SHARE THIS STORY
Print this article 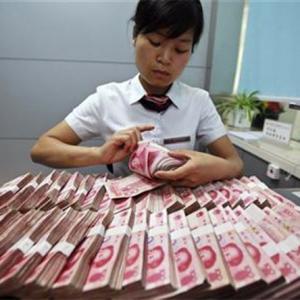