Retail inflation eases to 5.91% in March

The retail inflation, which is factored in by the RBI to arrive at its monetary policy, has been on decline since last month. The previous low was 5.54 per cent in November 2019. 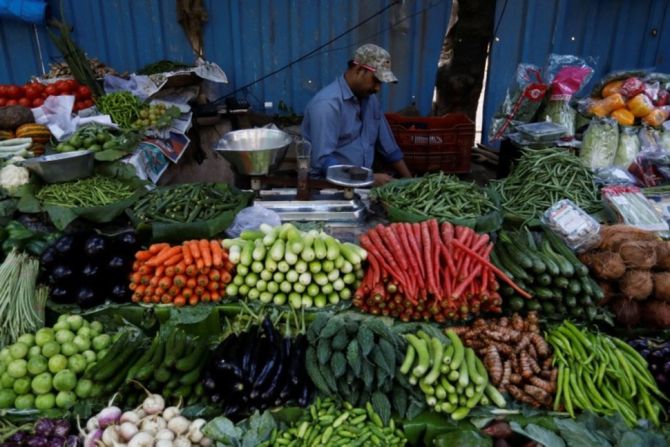 Retail inflation slowed to four-month low of 5.91 per cent in March and came back to the RBI's comfort zone, mainly due to easing prices of kitchen essentials like vegetables, eggs and meat.

The inflation in the food basket was 8.76 per cent in March 2020, lower from 10.81 per cent in the previous month, as per the CPI data released by the National Statistical Office (NSO) on Monday.

The retail inflation, which is factored in by the RBI to arrive at its monetary policy, has been on decline since last month. The previous low was 5.54 per cent in November 2019.

The government has asked the RBI to restrict the inflation around 4 per cent, with a margin of 2 per cent on the either side.

The retail inflation was ruling above 6 per cent since December 2019.

As per the data, inflation in eggs was 5.56 per cent during March as compared to 7.28 per cent in the previous month.

The rate of price rise in vegetables was 18.63 per cent as against 31.61 per cent in February.

The rate was also slower in fruit prices as well as pulses and related products.

However, the inflation in milk and products was slightly higher in March over February.

The data also showed that inflation in fuel and light segment was marginally higher at 6.59 per cent in March.

This compares with 6.36 per cent in February.

The NSO, in the Ministry of Statistics and Programme Implementation (MOSPI), said price data are collected from selected 1,114 urban markets and selected 1,181 villages by the field operations division in a uniform weekly roster.

Keeping in view the preventive measures taken by the NSO and announcement of nationwide lockdown by the government to check spread of COVID-19 pandemic, the field work for price collection was suspended with effect from March 19, 2020 and about 66 per cent of price quotations were received, the ministry said.

"For assessing the price behaviour of remaining price quotations, NSO follows well established and internationally accepted methodology and practices," it said while releasing the CPI data.

The overall impact of missing price data on estimates of general CPI at national and state level are within acceptable limits, it added. 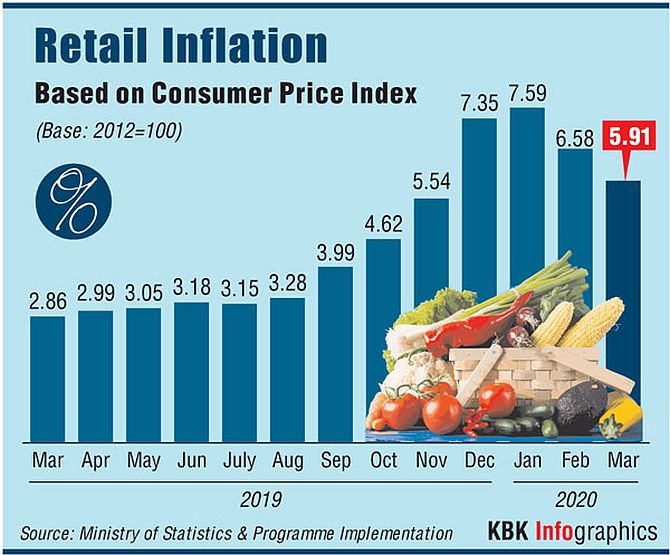 The data also revealed the retail inflation the urban area of the country was 5.66 per cent and in the rural India, it was 6.09 per cent.

Commenting on the data, Rahul Gupta, Head of Research- Currency, Emkay Global Financial Services said there has been a drop in food and vegetable prices which had led inflation figure to fall below the upper band of the RBI's target.

"Due to the lockdown, growth in both input costs and prices charged have weakened in March, suggesting retail inflation could slow further and give the RBI more scope to cut interest rates further or take unconventional measures," he said.

In its recent monetary policy report, the RBI had noted that given the lockdown, the compilation of the CPI for March and the following few months by the National Statistical Office could also become challenging.

For 2021-22, assuming a normal monsoon and no major exogenous or policy shocks, structural model estimates indicate that inflation could move in a range of 3.6-3.8 per cent, it had said.

"The contours of the lifting or extension of the lockdown beyond April 14th would guide the fiscal as well as monetary policy responses.

“In our view, the expected plunge in economic activity in Q1 FY2021 would remain at the forefront of monetary policy setting in the immediate term...Accordingly, a further out-of-cycle reduction in the repo rate can't be ruled out," Nayar said.

“For one, more rate cuts are likely after March's subdued inflation and increasing likelihood of an extension in the lockdown.”

Source: PTI  -  Edited By: Nandita Malik© Copyright 2020 PTI. All rights reserved. Republication or redistribution of PTI content, including by framing or similar means, is expressly prohibited without the prior written consent.
Related News: RBI, CPI
SHARE THIS STORY
Print this article Will do whatever it takes to revive growth: RBI 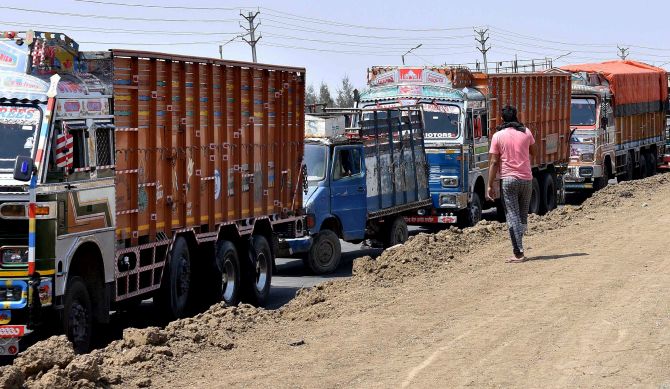