Retail dream fades for many executives 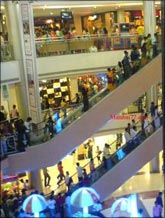 With retailers downsizing operations, many senior executives from fast-moving consumer goods and telecom who had jumped on the retail bandwagon a couple of years ago are making a quiet comeback.

These include some high-profile names who were in the limelight when the going was good.

Former banker Murlidhara Kadaba, who was head of financial services at Reliance Retail, has moved back to his old industry as senior managing director, Altamount Capital Management, a Mumbai-based wealth management firm. Kadaba, who has worked with Citibank and American Express, continues to be associated with Reliance Retail as advisor.

Amit Bedi, who was the business head for Reliance Retail, has moved back to telecom as CEO for Tata Teleservices, Bihar. Bedi earlier led the marketing operations for Hutchison (now Vodafone) in Punjab.

Then again, Rohit Malhotra, who headed Future Group's operations in the south, has moved back to Bharti Airtel. So has Harvardhan Soin, a senior HR executive, after a stint with Aditya Birla Retail.

"The slowdown brought in a reality check in retail. Companies today want to pay for a role," says the CEO of a Delhi-based retailer, who didn't wish to be named. The slowdown left retailers with excess people.

Devangshu Dutta, CEO, Third Eyesight, a retail consultant, believes that retailers had built a pipeline of people anticipating certain growth, which has toned down in the last one-and-a-half years.

For instance, retailers were growing at 50 per cent in square footage (adding new stores) before, a rate that has fallen to roughly 30 per cent in the last 18 months.

In the absence of retail-specific talent in the country, retailers were forced to hire from consumer-facing sectors like FMCG and telecom -- that is, "anyone remotely related to consumer". It worked when retailers were expanding and the only thing that mattered was how many stores they added. The slowdown exposed the weaknesses of this hiring strategy.

Anand Raghuraman, consultant with Boston Consulting Group, says functions that many people were handling were not aligned to their previous jobs. Retailers admit there were problems. Take the marketing function. In an FMCG firm, a marketing head's job is to create brands and run campaigns.

"In retail, brand is what you deliver in the store; the marketing operations are  on-ground promotion and, most importantly, your speed of response," said a CEO.

The sector differs from FMCG in pace and focus. ''It is 5 per cent strategy, and 95 per cent implementation. In retail, the speed of response has to be much faster. In FMCG, you can sit and plan, and implement it in six months. In retail, people have to take calls all the time. In retail, it is about yesterday, today and tomorrow. In FMCG, you can classify customers into Sec A, B, and C but in retail, customers within a city can be different across catchments. When it comes to nuances, it is different,'' adds an expert.

Besides, many of these executives came from well-established organisations like Hindustan Unilever, which was different from working for a start-up where the processes were not well-defined. ''Some of these executives were disenchanted and struggling,'' adds Raghuraman.

''You need a different mindset to work in an unstructured environment. The variables won't be known to you. Sometimes, the stock doesn't come and you have to go with cash and buy from a distributor, or sometimes even from a competitor,'' says an executive.

The executives have a different take on their exits. Nitin Tipnis, who moved from Reliance to head Hover Automotive that is developing a sales and service network for Nissan, says he changed from one industry to another because it gave him an opportunity to do something different.

Tipnis, however, says retail is here to stay since there's no dearth of spending -- people are buying more than what they want. "What I am doing is also a retail operation, I am developing an independent marketing, sales and service organisation and deliver customer satisfaction," he says.

Get Rediff News delivered into your Inbox.
Ranju Sarkar in New Delhi
Source: 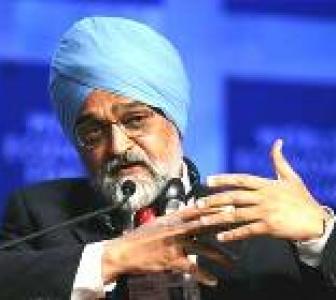 No indecent salaries to CEOs: Montek
Reliance Retail to create over half a million jobs 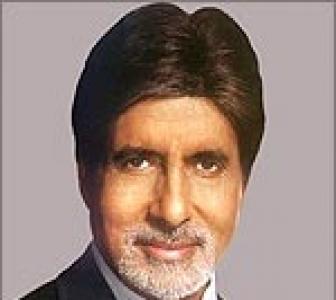 Controversies have stopped affecting me: Big B 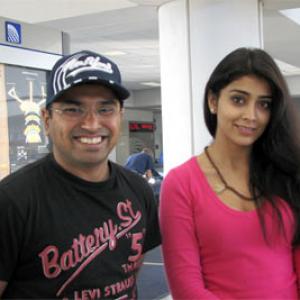