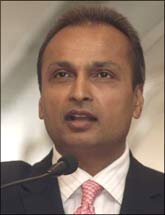 RIL declined to comment on this or related allegations, saying the entire issue was in court.

Seeking government's intervention in the matter, J P Chalasani, chief executive officer of Reliance Power, said, "RIL's charge of unauthorized marketing margin accounts for over 3 per cent of the price at which the KG gas is being sold and the marketing margin levied till date should either be refunded immediately or adjusted against future sale of gas."

"RIL's decision to levy the marketing margin does not have approval of the empowered group of ministers and has not been subjected to any official scrutiny. On the contrary, the petroleum ministry has categorically denied giving permission to RIL to charge any such marketing margin. This strengthens the apprehensions about the biased and partisan approach of the petroleum ministry," Chalasani added.

In Delhi, senior ministry officials sharply denied the charges, stating that government approval is only for landfall price of the gas and its utilisation.

"It is between the two contracting parties to decide on the marketing margins. In case of a dispute, a buyer can always go to the Competition Commission, (the sector) regulator or the administrative machinery with its complaint," said an official, reacting to the charges.

The power and fertiliser sectors, RNRL said, will have to bear an additional burden of over Rs 10,000 crore (Rs 100 billion) towards this illegitimate and unjustified charge claimed by RIL. The major burden will be borne by Government of India in the form of fertiliser subsidies and by the governments of Andhra Pradesh, Maharashtra and Gujarat in the form of power subsidies.

"RIL is selling the gas produced by itself, and there is no intermediate marketing agency involved. Above all, the gas is being supplied to customers identified by the government, and there is no element of marketing involved -- there can be no question of the levy of a marketing margin," Chalasani said.

Drawing comparisons with state-run GAIL, Chalasani said the latter is not permitted to charge any marketing margin on the supply to government's identified customers under the administered price mechanism, whereas RIL is doing so. Officials, however, said the comparison with APM gas was not fair. Besides, GAIL charges a Rs 8.40 marketing margin on all non-APM gas.

This includes gas produced from privately-operated Panna-Mukta-Tapti and also D6 gas, whenever the government-owwned company gets to market the gas. 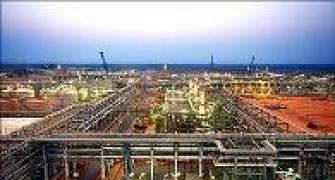 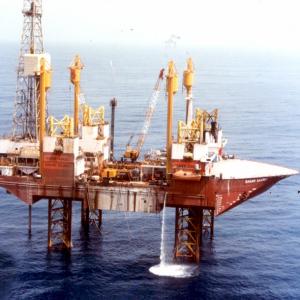 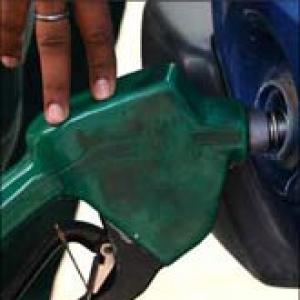