Conglomerate has become the first corporate house in India's history to adopt a historical monument, in a Rs 250 mn contract spanning five years. In one of the most spectacular contracts ever won by a corporate house in India, the 77-year-old Dalmia Bharat group has created history by adopting a slice of it.

The conglomerate has become the first corporate house in India’s history to adopt a historical monument in a contract worth Rs 250 million (or Rs 25 crore) spanning five years.

The monument in question is none other than the 17th century Red Fort, built by India’s fifth Mughal ruler Shah Jahan, as he moved his administrative capital from Agra to present-day Delhi.

The Dalmia Bharat group won the contract by beating IndiGo Airlines and the GMR group in the race to bag one of the most prestigious contracts under the Indian government's ‘Adopt A Heritage’ scheme.

The Dalmia Bharat group has started brainstorming on how it intends to develop the Red Fort over the next few months.

It will start work on May 23 before handing it over temporarily to security agencies in July as sanitisation measures kick in for Prime Minister Narendra Modi’s last independence day speech of his present tenure.

The Dalmia Bharat group’s top officials said they have plans to complete night illumination before handing it over temporarily for the prime minister’s Independence Day address. Work on other aspects of the contract would resume in full swing after that.

Among other things, the group plans to install tactile flooring for the physically challenged and signage that depicts the monument’s history.

It also plans to use the Red Fort for various events such as music concerts and other cultural activities to promote greater tourist interest in the monument.

As the corporate house moves forward with its planned works, it would also launch various marketing and advertising activities to popularise the revamped Red Fort for people to visit.

“We have to start work within 30 days and have to own it for five years initially. Then the contract can be extended on mutually agreeable terms. It will help us integrate the Dalmia brand with India.

“This project will have customer centricity as the visitors will be our customers. We want more people from Delhi and NCR to come here regularly rather than just one-time tourists.

“Just look at some of the castles in Europe which are a fraction of the Red Fort’s size but are so meticulously maintained. We will develop the monument on similar lines and it will be among the world’s best,” said Mahendra Singhi, the group CEO of Dalmia Bharat Cement.

This was part of the Modi administration’s plan to allow corporate control of some monuments and heritage sites, so that their maintenance and operations could be handled more professionally.

Under the contract, the Dalmia Bharat group will be tasked with carrying out a major facelift of the Red Fort’s surroundings under deadlines that range from a few months to over two years.

There are two tasks that have to be completed before PM Modi’s Independence Day speech.

Secondly, the Dalmia Bharat group will have to put up art installations for the Independence Day event every year. It is not clear if this will be done in the current year as well.

Under the contract, the Dalmia Bharat group will have to provide certain basic amenities within six months. These include providing drinking water kiosks, street furniture-like benches and shop signage.

Then there are tasks that have to be completed within a year. These include putting up tactile maps, upgrading toilets, lighting up the Red Fort pathways and bollards, restoration work and landscaping, building a 1,000-square-foot visitor facility centre, 3-D projection mapping of the Red Fort’s interior and exterior, battery-operated vehicles and charging stations for such vehicles and a thematic cafeteria.

Tasks that need to be completed within two years include setting up exhibitions in cells under the Asad Burj, virtual reality-based monument interpretation, building night trails and structural illumination of the entire Red Fort.

There are certain basic amenities that have to be provided within two years. These include installing turnstiles at check points, fencing with sliding doors and tactile paving (which Dalmia officials claim is a surprisingly expensive job.)

The Dalmia Bharat group will charge people visiting the Red Fort after getting specific clearances from the ministry of culture and the ministry of tourism. Any revenue generated through the activities planned by the corporate house would also have to be ploughed back into the Fort's development and maintenance.

The Dalmia Bharat Group would be allowed to charge visitors for semi-commercial activities that it plans to conduct. The “reasonability of the rates charged for the services” would be determined by a joint committee headed by representatives of the Archaeological Survey of India, ministry of culture and the Dalmia Bharat Group.

All revenues generated from these “semi-commercial activities” would need to be deposited in a separate bank account that would be used only for developing and maintaining the monument.

Overseeing all these activities would be three committees of which one, called the ‘Monument Committee’, will assist in implementing the facelift of the Red Fort and its operations and maintenance.

The ‘Monument Committee’ will consist of the two bureaucrats, a superintending archaeologist, a member of the Dalmia Bharat Group and the project management consultant.

Two aspects of the Red Fort’s adoption deal stand out from all other aspects.

Firstly, the government has promised the Dalmia Bharat Group that it would be held “harmless” in case the Archaeological Survey of India and others like Delhi’s district collector decide to pursue any claims related to the work done on the monument.

While the indemnity clause may help against pressure tactics and frivolous activism of the ‘culture brigade’, it also gives creative freedom for transforming the Red Fort.

Secondly, the contract also allows prominent visibility to the Dalmia brand. The group would be able to use the ‘Dalmia’ brand name on souvenirs, banners during cultural events and all signage that it would install across Red Fort’s precincts.

A sign would also be deployed at the historical structure that shows that it has been adopted by Dalmia Bharat Limited. This would have to be done “in a discreet manner and tastefully.”

The size and design of such a sign associating the Dalmia Bharat brand with Red Fort would have to be approved by the ASI before it is put up on the 17th century monument or its precincts.

Under the ‘Adopt A Heritage’ scheme launched by the Indian government in September 2017, almost a 100 monuments and heritage sites across India have been put up for adoption. These include the Taj Mahal in Uttar Pradesh, Kangra Fort in Himachal Pradesh, Buddhist Kaneri caves in Mumbai, among others.

Sites not maintained by the ASI, such as Chitkool village in Kinnaur district of Himachal Pradesh, Thembang in Arunachal Pradesh and the Sati Ghat at Haridwar, Uttarakhand have been also put up for adoption.

While the Dalmia group has bagged Red Fort along with Gandikota Fort in Andhra Pradesh, it is also said to be in the final stages of bagging the contract for the Sun Temple in Konark.

Meanwhile, GMR Sports and ITC are the finalists in the race to adopt the Taj Mahal. 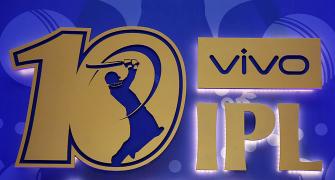 Now, get a sponsor to move up the corporate ladder