Rajan tells RBI colleagues he will be returning to academics 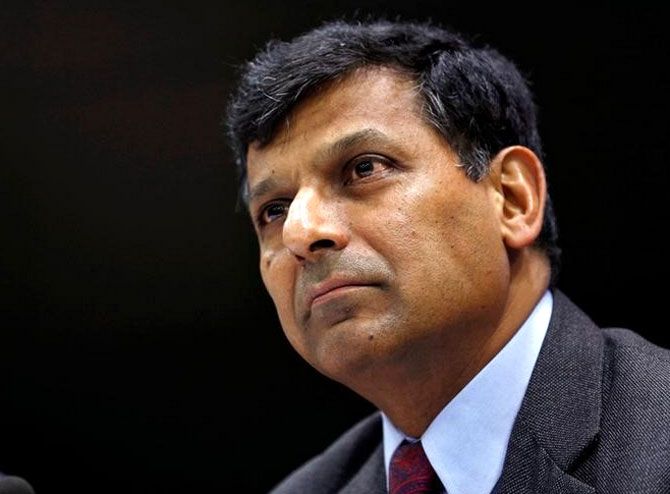 Badgered by political attacks on him, Reserve Bank of India Governor Raghuram Rajan on Saturday said no to a second term in the post, in a surprise announcement putting at rest all speculation over his continuance.

"... on due reflection, and after consultation with the government, I want to share with you that I will be returning to academia when my term as Governor ends on September 4, 2016," Rajan said in a message to the RBI staff.

Speculation has been rife over whether Rajan, an acclaimed International Monetary Fund economist known to have predicted the 2008 global financial crisis, would get a second term after Bharatiya Janata Party leader Subramanian Swamy launched a no-holds barred attack on him recently accusing him of destroying economy with his hawkish stance on interest rates.

Swamy had also questioned whether Rajan was "mentally, fully Indian" as he holds a US Green Card, among other allegations.

While Finance Minister Arun Jaitley called for restraint in public criticism in the wake of Swamy's attacks, BJP president Amit Shah said the newly-nominated MP's remarks were his personal opinion.

In his letter to colleagues, 53-year-old Rajan, appointed by the previous United Progressive Alliance government in September 2013, said he "will, of course, always be available to serve my country when needed".

Rajan also rued that his work was "yet to be completed" on two significant matters -- containing inflation and cleaning up the books of banks -- and he "was open to seeing these developments through".

But, he decided to return to academia after the end of his current term "on due reflection, and after consultation with the government", the on-leave Professor of Finance at Chicago University said, without giving any specific reason.

There have been concerns that Rajan's exit, which has been termed as 'Rexit' to give it a play like Brexit and Grexit, could lead to adverse impact on the country's financial markets.

While the governor did not specifically refer to this, but said in his letter that the RBI would be able to "ride out imminent sources of market volatility like the threat of Brexit."

He also said that RBI has "made adequate preparations for the repayment of Foreign Currency Non-Resident (B) deposits and their outflow, managed properly, should largely be a non-event", referring to the concerns that the maturity of these bonds in September-October could impact the markets in terms of sudden pressure on the country's forex reserves.

Rajan has been generally hailed by the industry and experts, but has been under attack from some, including Swamy and a few other leaders for what they call his failure to contain inflation and lower interest rates to boost economy.

The governor said he is confident that his successor would take the RBI to new heights.

"I am an academic and I have always made it clear that my ultimate home is in the realm of ideas. The approaching end of my three year term, and of my leave at the University of Chicago, was therefore a good time to reflect on how much we had accomplished.

"While all of what we laid out on that first day is done, two subsequent developments are yet to be completed. Inflation is in the target zone, but the monetary policy committee that will set policy has yet to be formed.

"Moreover, the bank clean up initiated under the Asset Quality Review, having already brought more credibility to bank balance sheets, is still ongoing. International developments also pose some risks in the short term.

"While I was open to seeing these developments through, on due reflection, and after consultation with the government, I want to share with you that I will be returning to academia when my term as Governor ends on September 4, 2016. I will, of course, always be available to serve my country when needed.

"Colleagues, we have worked with the government over the last three years to create a platform of macroeconomic and institutional stability," he said.

At the end of his three-year tenure, Rajan would become the first RBI Governor since 1992 to have a term of less than five years.

Rajan, who became the 23rd governor on September 4, 2013, pointed out that the work on operationalising the monetary policy committee (MPC) which will take the inflation-targeting framework ahead, and the clean-up of bank balance-sheets as unfinished agenda.

The academic in him had come to the fore very often to speak on a range of issues from tolerance to ideas to the government's pet flagship programmes to GDP computation through his many public speeches, which rubbed the ruling establishment the wrong way.

Pointing out to the over $360 billion forex kitty, Rajan said it is a record high and reiterated confidence of comfortably weathering the NRI deposit repayments due soon without any hitches.

Like for any other RBI governor, the most contentious point in the relationship with the finance ministry was the rate setting strategy and by raising rates, he behaved contrary to the North Block wishes.

Rajan, however, tried hard to convince that they wanted to help establish a credibility to RBI's ability to reign-in inflation and once he was confident of the shift in the trajectory, started lowering the rates.

In the letter, Rajan, who was dubbed a rock star by the media and was the darling of foreign economists and analysts, said the RBI has cut the key rates by 1.50 per cent since taking the accomodatory stance in January 2015.

He also counted helping Government create the Bank Board Bureau, creating a whole set of new structures to allow banks to recover payments from failing projects, and forcing timely bank recognition of their unacknowledged bad debts and provisioning under the Asset Quality Review (AQR) as other achievements.

Rajan said the enabling framework for National Payments Corporation of India to roll out the Universal Payment Interface will soon "revolutionise mobile to mobile payments" in the country.

Rajan, who introduced a slew of measures on the liquidity front, also counted the issue of 40-year government bond as an achievement.

The letter did not mention much on change in RBI's functioning but said, "the RBI has gone through a restructuring and streamlining, designed and driven by our own senior staff."

"The integrity and capability of our people, and the transparency of our actions, is unparalleled, and I am proud to be a part of such a fine organisation... It has been a fantastic journey together!"

Foreign fund managers like Marc Faber and Jim Rogers were public in describing Rajan as one of the best central bankers across the world, while a number of industry leaders back home including N R Narayana Murthy have been pitching for a second term for him.

Source: PTI© Copyright 2021 PTI. All rights reserved. Republication or redistribution of PTI content, including by framing or similar means, is expressly prohibited without the prior written consent.
Related News: Reserve Bank of India, Raghuram Rajan
SHARE THIS STORY
Print this article 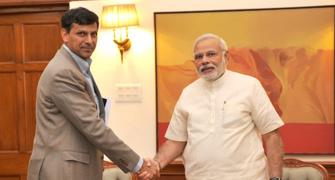 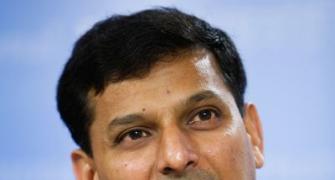 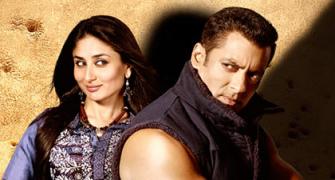 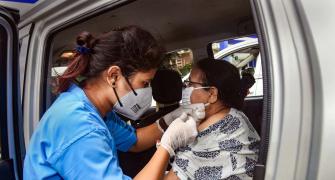 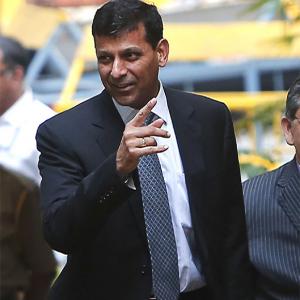 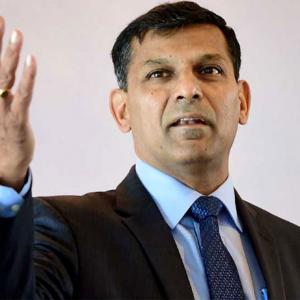