Why Rajan dodged a question on Modi

Rajan said whatever answer he gives on Modi will be 'problematic' 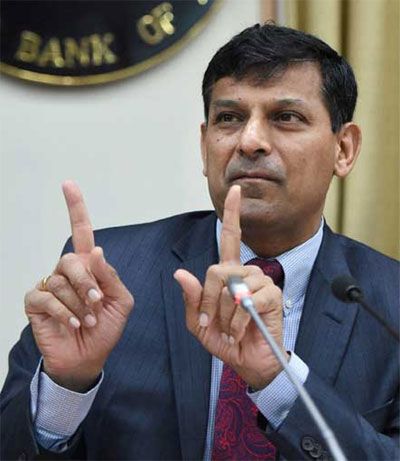 Reserve Bank's outgoing governor Raghuram Rajan, whose outspoken views have often been seen as being critical of the government, feels whatever he will say on Prime Minister Narendra Modi will be "problematic".

Rajan, whose tenure at RBI has been marked with several controversies triggered by his comments on issues ranging from tolerance debate to the government's flagship programme 'Make in India', was asked to describe Modi in a televised rapid-fire like interview with BBC.

"I think I will pass on that question. Whatever answer I give will be problematic, so I will just pass," said the on-leave professor of finance at Chicago University, who will return to academia after end of his three-year term at RBI on September 4.

After his decision to return back to academia, there have been voices suggesting that his candid public speeches were one of the aspects which made the government uncomfortable about reappointing Rajan for another term.

Some of the controversial speeches made by him include the one where he quoted American political philosopher Francis Fukuyama to question whether strong governments can really help a country or in defence of tolerance in the middle of a debate started by the killing of a Muslim man over suspicion of storing beef, or questioning the premise of the high-octane 'Make in India' campaign.

"I think that is one place where my wife overrides everything and her answer is 'no'," he said on joining politics.

Asked how he feels about being on the list of India's 'most desirable men', the 53-year-old governor quipped: "I wish they had done it when I was 25."

Rajan described himself as a "boring guy" and said he being described as 'Rockstar Banker' is an "overblown" statement.

In an earlier TV interview, Rajan had said he was open to staying a bit longer at RBI to complete the unfinished work of bank clean-up, but was perfectly happy to go.

Rajan, who announced in June that he would not serve another term at RBI, said the dialogue with the government did not reach a stage where he could have agreed to stay on.

In recent months, Rajan has faced a slew of personal attacks from BJP MP Subramanian Swamy who had alleged that the former IMF chief economist was "mentally not fully Indian" and sent confidential and sensitive financial information abroad.

Rajan has also faced criticism by some others for his controversial remarks on various occasions. At a select media interaction earlier this week after presenting his last monetary policy, he strongly defended his views saying they were "perfectly legitimate" ones and within the remit of a central bank head.

"In none of those speeches that I have made has there been an explicit criticism or an implicit criticism of the government. There are people who read the interpretation of what is the speech I have given," he said.

Rajan said his concerns on the Make in India campaign -- wherein he had pitched for 'Make for India' given the fragile economic conditions the world-over -- have come true.

In case of the post-Dadri speech at his alma mater IIT-Delhi, Rajan had reiterated the need to be open for ideas as a service-sector driven economy.

Defending these views, Rajan said, "That speech was about the fact that in order to grow as a country which is largely a service economy, we have to be open to ideas. Once you reach the frontier, the only way you can grow is by ideas. And in order to get those ideas, you have to have tolerance for unorthodox ideas because those unorthodox ideas are how we move forward."

"As a society which is developing, which in some places is near the frontier, we have to have an open dialogue," Rajan added.

"I haven't in a sense talked about (things like) dance and music. That would be exceeding my remit," he quipped.