Poultry prices to soften by 20% in six weeks

Prices of broiler chicken had hit the record high in June on supply shortage following the government's decision to cull thousands of birds in the states with Avian Influenza outbreaks. 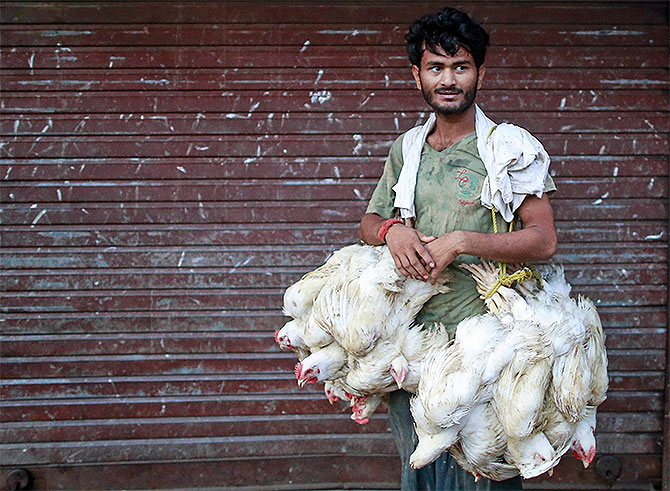 Poultry prices are likely to decline by 20 per cent over the next six weeks due to expectations of weak consumer demand during the ongoing festival season.

After hitting recent highs, poultry prices have declined by up to 14 per cent during the last two weeks, following restoration of supply from major producers and a sharp increase in breeding activity across the country.

Data compiled by Poultry Bazaar, an online junction of poultry rates and updates, shows broiler chicken prices are down 13.64 per cent in Punjab to Rs 76 a kg currently.

A similar fall was seen in broiler prices in Nashik where farm chicken meat was selling at Rs 78 a kg. Prices have fallen in other parts of the country as well, albeit marginally.

"Chicken prices have softened by 10-14 per cent in July on restoration of supply of meat. About a month ago, poultry production in India was suffering because of adverse weather, resulting in shortages.

During the summer, the mortality rate trebled to 7-8 per cent from the normal rate of 2-3 per cent.

This resulted in a sharp decrease in the availability of poultry products. Now, with the onset of monsoon, the temperature has become normal and farmers have started increasing production," said Balram Yadav, managing director, Godrej Agrovet Ltd, one of the largest poultry producers in the country.

Interestingly, prices of broiler chicken had hit the record high in June on supply shortage following the government's decision to cull thousands of birds in the states with Avian Influenza outbreaks including Bihar, Jharkhant, Odisha, Chennai etc.

This had resulted into supply deficit which flared up poultry prices in June. In Gujarat, for example, broiler chicken prices had shot up to hit the highest in recent months to Rs 106 a kg early June.

Supply has started increasing not only in terms of new breeding but also in increase in the average weight of the bird.

So, supply has increased. Apart from that, the holy month of Shrawan is round the corner which is normally a low consumption month.

So, chicken demand is going to decline further resulting into its prices to come down by 20 per cent by the end of August," said Yadav.

Indicating robust price of the last month, the share price of two stock exchange listed companies - Venky's and Simran Farms - was hovering around 52-week high for the last few days.

By contrast, stocks of Simran Farms jumped by 4.96 per cent to close at Rs 82.55 apiece on Thursday following the broad indices.

"Eggs at Rs 2.25 per piece is much lower than the prevailing prices last year and also below its cost of production at Rs 2.75 - 3.25 per piece.

Falling below the current price would prompt farmers to reduce their production.

The current price fall is a seasonal thing which we have to live with," said a senior official at Venky's, one of India's largest producers of poultry products in the western India.

So, the current price is not viable for farmers to fetch even the cost. Hence, farmers would be discourages to expand production significantly."

Meanwhile, maize is trading high on increase in MSP, oilmeal price firmed up on lower availability.

But, given that the demand is expected to remain weak during the ongoing festival season, prices of poultry products may remain subdued, he added. 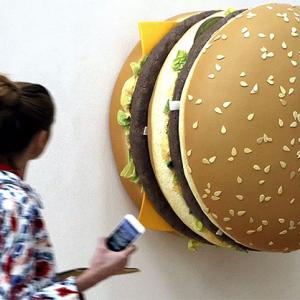