There can't be a parallel inquiry and parallel monitoring by the courts, Attorney General K K Venugopal told the court. The Centre on Friday told the Supreme Court that there cannot be a "parallel inquiry" and "parallel monitoring" by the court in investigations while opposing a suggestion given by the apex court to the Central Bureau of Investigation to file in a sealed cover the status of the probe in the over Rs 11,000 crore Punjab National Bank fraud case.

A bench headed by Chief Justice Dipak Misra was told by Attorney General K K Venugopal that even before the investigating agencies start probing the matter, people come to courts with public interest litigations.

"Is there any justification for anyone to come to this court by filing a PIL and say that the court should be informed about the status of the investigation? There can't be a parallel inquiry and parallel monitoring by the courts," Venugopal told the bench also comprising Justices A M Khanwilkar and D Y Chandrachud.

"In principle, what is the justification for any court, not only this court, to call upon the government and seek such reports as if a parallel inquiry is going on?," he said.

The attorney general (AG) also contended why such petitions should be entertained by the courts unless there was something wrong shown by the petitioner.

Terming this issue as serious, Venugopal told the bench that such a matter would bring down the morale of the investigating agencies.

The AG opposed the plea filed by lawyer Vineet Dhanda, who has sought an independent probe in the PNB case and also a direction to the government to get diamond merchant Nirav Modi deported.

CBI has already registered two FIRs -- one on January 31 and another in February -- against billionaire Nirav Modi, his relative Mehul Choksi of Gitanjali Gems and others for allegedly defrauding PNB of about Rs 11,400 crore.

During the hearing, the bench took exception to the submissions advanced by the petitioner that the AG had not read the prayers sought by him in the plea.

"The attorney general holds a constitutional post. Why should we ask him whether he has read it or not. Language in this court has to be decorous and absolutely appropriate," the chief justice said.

The court said that such statements were unacceptable and posted the matter for hearing on April 9.

The PIL has made PNB, the Reserve Bank of India and the ministries of finance and law and justice as parties.

It has sought a direction for initiation of deportation proceedings against Nirav Modi and others allegedly involved in the banking fraud, preferably within two months.

It has asked for a special investigation team (SIT) to probe the case, allegedly involving Nirav Modi and Choksi and also sought a probe into the role of the top management of PNB.

The plea has sought a direction to the finance ministry to frame guidelines on the grant and disbursal of loans involving big amounts, besides ensuring safety and recovery of such loans.

It has also sought the setting up of a body of experts to deal with cases of bad banking debts in the country.

The petition has asked for framing of rules for the recovery of loans from the defaulters within a stipulated period, even by attaching their properties and auctioning them in the open market.

In his PIL, Dhanda has also sought a direction to fasten liabilities on the employees of a bank for sanctioning loans on the basis of deficient documents and said loans should also be recovered by attaching the properties of such bank officials even after their retirement. 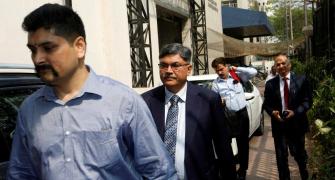