The RBI had on August 7 announced a five-member expert panel under former ICICI Bank chairman Kamath to make recommendations on the required financial parameters for recasting corporate loans. 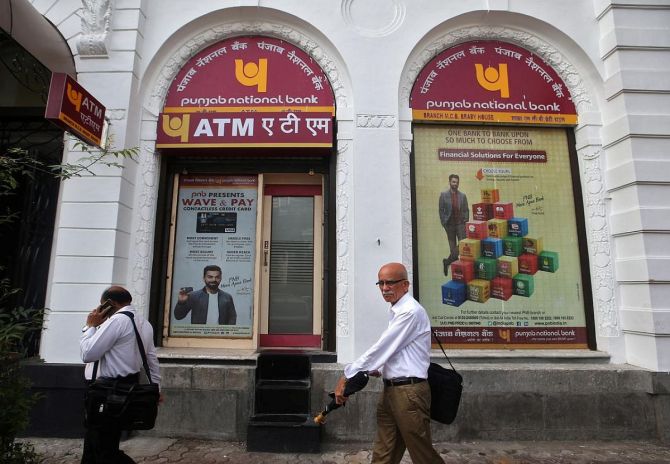 Punjab National Bank on Monday said it expects to restructure loans worth about Rs 40,000 crore as per RBI-approved guidelines, scheduled to be out soon.

The Reserve Bank of India (RBI) had earlier this month allowed one-time restructuring of corporate and personal loans to help entities amid the COVID-19 crisis.

“Now with respect to the book that we are looking at (for loan restructuring), a rough estimate what we are seeing is that anything around 5-6 per cent of the credit book may be eligible under the restructuring profile.

"This 5-6 per cent comes to about Rs 40,000 crore. Major composition of this, of about 50 per cent, would be corporate books," PNB managing director and chief executive officer S S Mallikarjuna Rao told reporters at a virtual news conference.

The corporate loans will be restructured based on the recommendations of the K V Kamath committee.

"With respect to larger credit books above Rs 100 crore, RBI has appointed a committee headed by K V Kamath.

“Now they are going to give us the details...whether it would be sector specific or category specific, that we will come to know in next few days.

"If you remember, RBI governor on Friday had also come to the public domain indicating that within 30 days those details will be available," the PNB chief said.

The RBI had on August 7 announced a five-member expert panel under former ICICI Bank chairman Kamath to make recommendations on the required financial parameters for recasting corporate loans.

RBI Governor Shaktikanta Das had last week said that after studying the recommendations of the Kamath committee, the central bank will notify the broad financial criteria for sectors and borrowers by September 6.

Besides, Rao said PNB is also working from its end on the loan restructuring, details of which will be announced after the Kamath panel's recommendations are out.

He said the bank will identify the accounts based on their criticality and then restructure those loans.

In response to a query on the bank's asset quality, Rao said he does not expect PNB's non-performing assets (NPAs or bad loans) to increase at this stage.

Rao further said the lender is not expecting its net interest margin (NIM) or net interest income (NII) to get adversely impacted this fiscal despite the COVID-19 pandemic.

Rao also clarified that following the merger of OBC and UBI with PNB, there will be no retrenchment of employees.

PNB has a strength of 1.03 lakh employees and as the business grows, this figure will further increase, he added.