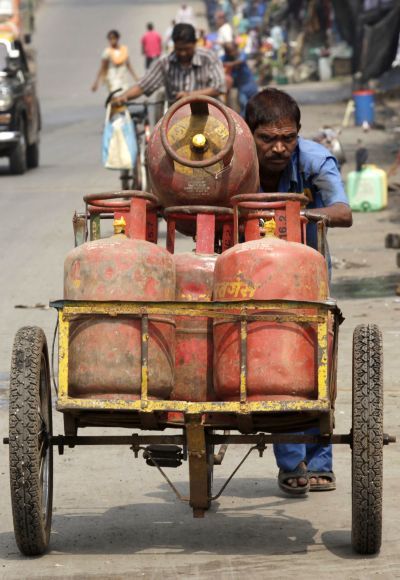 The scheme provides a financial support of Rs 1,600 for each LPG connection to the BPL households.

Modi will launch the Pradhan Mantri Ujjwala Yojana at Ballia in Uttar Pradesh on May 1 and do a repeat function at Dahod in Gujarat on May 15.

Though 'Give-it-Up' campaign seeking the well-heeled to voluntarily surrender cooking gas subsidies for one year was launched in January, 2015, Modi on March 27 last year officially launched the programme.

Prime Minister's home state of Gujarat was way down the list with just 420,000 giving up subsidies.

"Five states of Maharashtra, Uttar Pradesh, Delhi, Karnataka and Tamil Nadu account for roughly half of the people who have given up LPG subsidies," Pradhan said.

Consumers are currently entitled to 12 cylinders of 14.2 kg each or 34 bottles of 5 kg each in a year at subsidised rates.

Giving up subsidised LPG will help cut the government's subsidy bill, which was at Rs 30,000 crore (Rs 300 billion) on the fuel last fiscal.

Nearly Rs 5,000 crore (Rs 50 billion) of subsidy saved through the campaign is being used to provide LPG connection to the poor.

"We have released 60 lakh (6 million) new connection to poor in the last one year," he said.

Modi, Pradhan said, will on May 1 launch the Pradhan Mantri Ujjwala Yojana for providing providing free LPG connections to women from BPL households.

"Under the scheme, Rs 8,000 crore (Rs 80 billion) has been earmarked for providing 5 crore LPG connections to BPL households," he said, adding that in the first year 1.5 crore (15 million) connections will be provided.

The scheme provides a financial support of Rs 1,600 for each LPG connection to the BPL households.

The identification of eligible BPL families will be made in consultation with the State Governments and the Union Territories, he said.

Of the 21 million tonne LPG requirement, nearly 40 per cent is imported and this will go up as demand rises by double digit with new connections.

Those who have decided to give up their subsidies have to buy the product at the market price.

The surrendered subsidy is used by the government to provide cooking gas connection to the poor in rural households free of cost, the official said.

On March 27, Modi had officially launched the 'Give-it-Up' campaign, urging the well-off to surrender their LPG subsidy so that it can be targeted for the needy.

The aim is also to bring down the country's dependence on energy imports by 10 per cent by 2022.

LPG subsidy is transfered to beneficiaries directly in their bank accounts in advance.

Consumers can opt out of the subsidy by submitting written request to the distributor or electronically at mylpg.in.

Pradhan said with LPG coverage being predominantly in the urban and semi-urban areas, there are serious health hazards associated with cooking based on fossil fuels.

According to WHO estimates, about 500,000 deaths in India alone due to unclean cooking fuels.

Experts say having an open fire in the kitchen is like burning 400 cigarettes an hour.

"Providing LPG connections to BPL households will ensure universal coverage of cooking gas in the country.

“This measure will empower women and protect their health.

“It will reduce drudgery and the time spent on cooking.

“It will also provide employment for rural youth in the supply chain of cooking gas," he said.

Finance Minister Arun Jaitley had in his Budget for 2016-17 provided Rs 2000 crore (Rs 20 billion) to provide deposit free LPG connections to 1.5 crore women belonging to the Below Poverty Line families.

Further, the Budget announced that the Scheme will be continued for two more years to cover 5 crore (50 million) households. 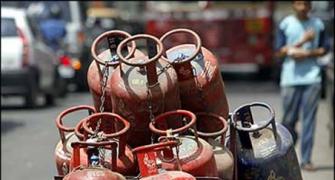 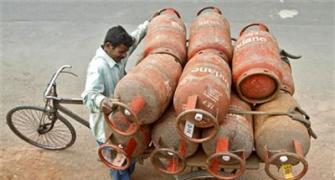 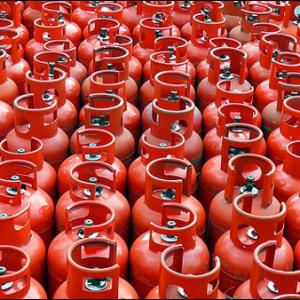 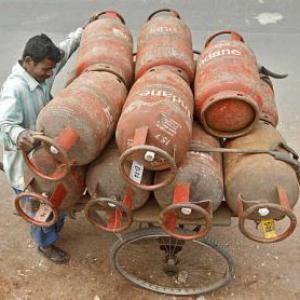