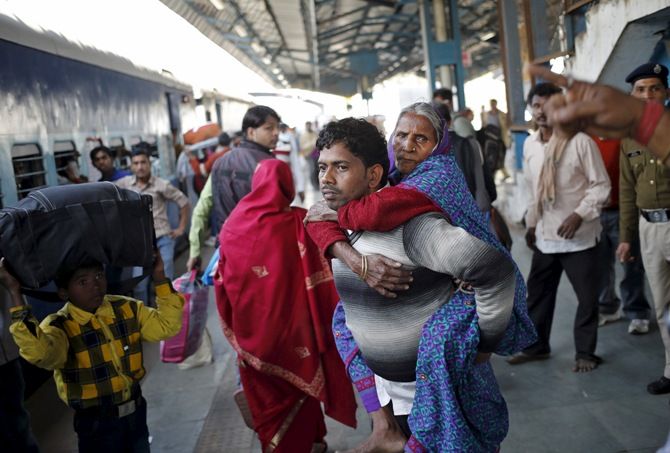 IMAGE: A man carries his mother to board a passenger train at a railway station in New Delhi, February 25, 2016. Photograph: Anindito Mukherjee/Reuters

Sweden tops the chart and is followed by Denmark and Norway on the top three performing countries.

India has ranked a low 110 out of 149 nations assessed on where they stand with regard to achieving the Sustainable Development Goals, according to a new index which is topped by Sweden and shows all countries face major challenges in achieving these ambitious goals. 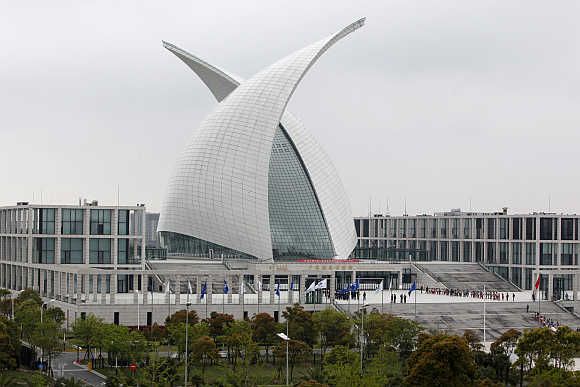 The index collected available data for 149 countries to assess where each country stands in 2016 with regard to achieving the SDGs.

It ranks countries based on their performance across the 17 global goals, a set of ambitious objectives across the three dimensions of sustainable development -- economic development, social inclusion and environmental sustainability, underpinned by good governance.

The index helps countries identify priorities for early actions and shows that every country faces major challenges in achieving the SDGs. 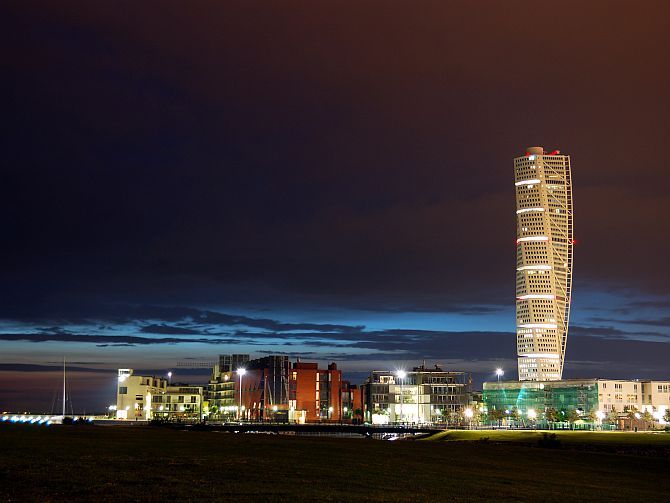 "The Sustainable Development Goals are stretch goals, but they are within reach if countries work towards them with clarity and determination.

"The SDG Index and Dashboard can help each country to chart out a practical path for achieving the Goals," said SDSN Director Jeffrey Sachs.

The countries which are closest to fulfilling the goals are not the biggest economies but comparably small, developed countries. 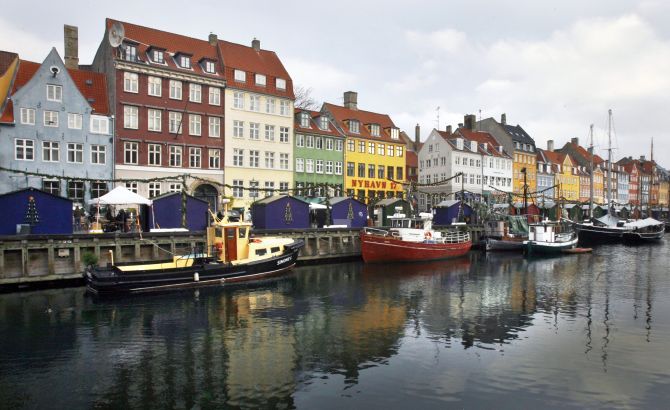 IMAGE: Boats are seen anchored at the 17th century Nyhavn district, home to many shops and restaurants in Copenhagen. Photograph: Bob Strong/Reuters

Sweden tops the chart and is followed by Denmark and Norway on the top three performing countries. 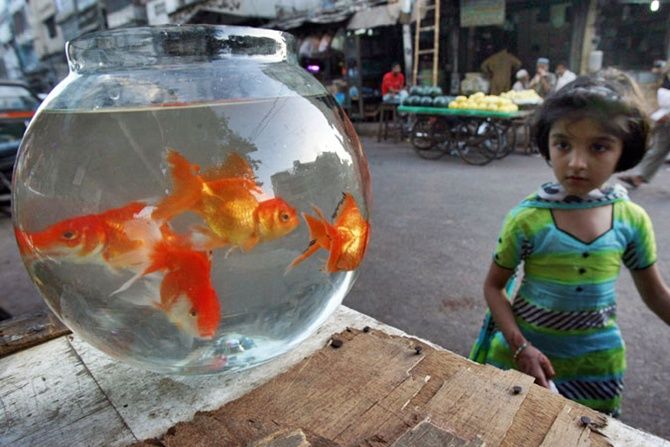 IMAGE: A girl looks at goldfish for sale at a sidewalk stand in Karachi. Photograph: Akhtar Soomro/Reuters

The US ranks 25 on the index, while Russia and China rank 47 and 76 respectively. 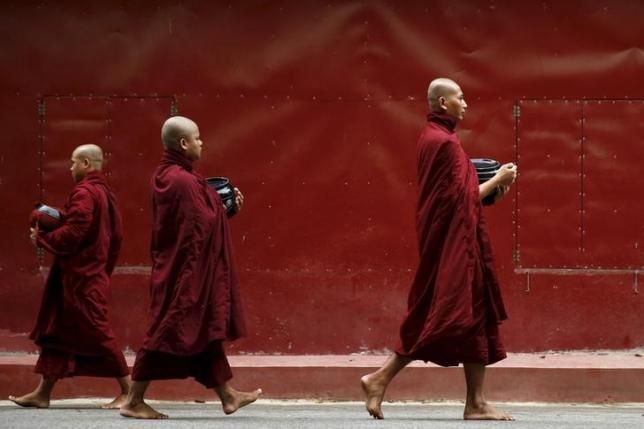 Poor and developing countries understandably score lowest on the SDG Index as they often have comparably little resources at their disposal.

The Central African Republic and Liberia are at the bottom of the Index and still have the longest way to go in achieving the SDGs. 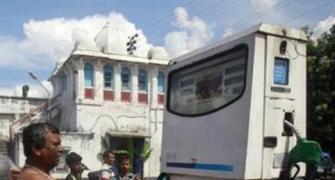 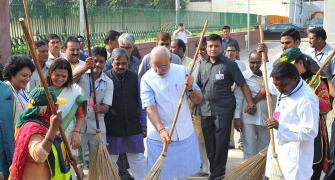 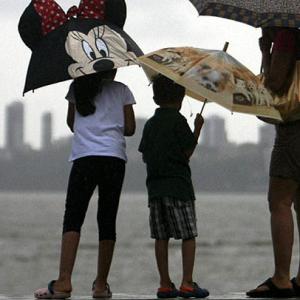 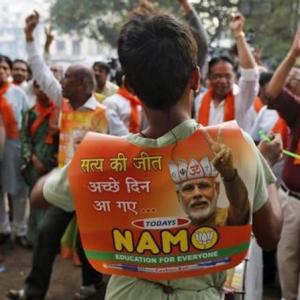 Two years of Modi: How the govt has fared in 7 key areas