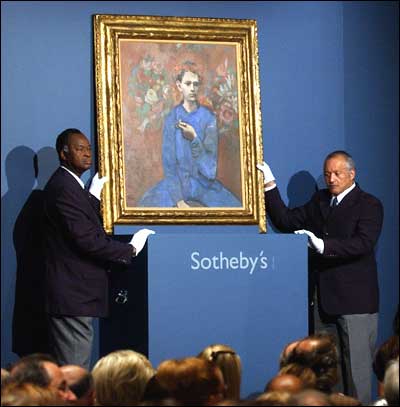 SOTHEBY'S QUIET ON BUYER: The artwork was bought by an anonymous buyer, who placed bids through Warren Weitman Jr, Sotheby's chairman of North America and South America.

The painting depicts a young Parisian boy in a blue, worker's garment holding a small black pipe. The boy is gazing into space, with a garland of roses and two large bouquets on the wall behind him.