Tips for investing in art

By Kishore Singh
January 20, 2010 16:13 IST
If you're starting out as an investor, bidding at an auction could prove to be the smart way to start off an iconic collection, says Kishore Singh.

This week, when another investor confirmed that the works in her art collection had come mostly from various auction houses, I was forced to look at why emerging collectors prefer to bid at auctions than buy from galleries, at least when starting off.

Over the last few years, a number of young or budding collectors with a serious interest in art have confessed to starting out with placing bids at auctions.

On the face of it, entering into the speculative world of auctions -- you can never be sure about the price till it is paid! -- makes sense for the veteran collector who may have spotted something that fills the void in a collection, or completes it. But, why would newbies take their plunge into what are best described as uncharted waters?

From their perspective, it makes a lot of sense for neophytes to begin testing their skills at an auction. While the mandatory reading up and visits to galleries remain essential for familiarising with the territory of art and artists, an auction comes with its own inherent advantages, not least of which is that the effort of selecting the best, most representational works from a particular genre, or period, or of an artist, has already been done by the experts at the auction house.

Contrary to popular belief, no prestigious auction house accepts all works consigned to it for selling.

That is something more likely to occur in the weekend, garage-style auctions in ye olde England, but international auction houses such as Bonham's, Christie's or Sotheby's, or home-grown ones such as Saffronart and Osian's, evaluate each painting, or sculpture, for its merit, and only accept those that are in some way remarkable, or distinctive.

This means that authorities on art have already undertaken the selection, saving you a lot of time and effort that such a process would otherwise have cost you -- even with the help of diligent dealers.

While it can be argued that not all works at any given auction are iconic works, you can be sure that they do take the blood, sweat and tears out of the business of collecting (though some might argue that it is precisely this that makes it so much more interesting for them).

Equally important, or some might suggest even more so, is the paperwork the auction house would have undertaken to ensure that its bonafides are kosher.

It would establish provenance, and have all the required papers to document the line of ownership, any history of the work that is significant, and take the guesswork out of everything from pricing (what you ultimately pay is another matter) to a condition report, insurance and so on. In the case of antiquities, in particular, the importance of the right papers cannot be stressed enough

If you have bought works from an auction house, it does not guarantee against being landed with a fake -- though more transactions of fakes happen when buying from (especially fly-by-night) dealers -- but a successful bid comes with the guarantee that if an auction house is found guilty of misinformation, misrepresentation or having sold a lemon, it will take it back, no questions asked, and refund the money.

At a time when the spectre of fakes haunts the Indian art market, the sanctity of this cannot be stressed enough. Of course, any reputable gallery will refund too if you have bought a fake from it, but many such deals happen outside the ambit of galleries with little or no accountability.

When the S H Raza case of fakes broke last winter, it was fortuitous that no works had been sold (the trickery was noticed by the artist himself at the time of the exhibition's opening) for it would have been difficult to fix blame on the gallery, which had been asked by the artist to host the show -- so who would have taken the financial hit for it?

I can't help suspecting that it is the buyer who would have suffered in the transaction.

Chances are, you might end up paying a little (or a lot) more when you bid for a work at an auction, but the benefits may outweigh that concern - particularly if how much you pay is not as much the issue as the ability to pick up seminal works with which to start off your collection. That's worth more than just money.

These views are personal and do not reflect those of the organisation the writer is associated with. 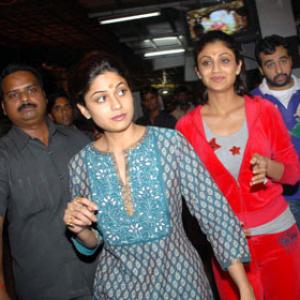