How insider trading can impact you

What is insider trading? Is it legal?

Legal insider trading in a company means trading on a company's stock or other securities by employees of the company and done based only on public information related to the company.

Even if an insider gives 'tips' to an outsider say his friends to buy or sell stocks of his company and help them make profits or to avoid loss it is still considered as illegal insider trading.

Brief history of insider trading: When it became a menace

The first 'insider trader' case was reported in the United States way back in 1792. William Duer, the then Assistant Secretary in the US Department of Treasury used his official position to gather insider knowledge and involved in speculative trading in the newly issued debt of the US government. He was indicted and spent his days behind bars.

In the early 1920s J.P Morgan & Co., served as an unofficial central bank of the US and reportedly used its high influence with the Republican Party to make profits.

Then the inevitable happened. In early 1929, there was an unprecedented boom in the New York Stock Exchange and in September the sell off started plunging the prices to new lows and triggering a panic among investors, and banks.

The Great Depression began to set in. The decade long Great Depression, the shift in public opinion contributed to the introduction of tough laws on insider trading done to manipulate profits.

Even till a few decades of the 20th century, insider trading was not considered illegal. In fact in the 1960s the world followed the Massachusetts Supreme Court ruling in the Goodwin v Agassiz case that insider information is a 'perk.' However, in 1964 the Securities Act Amendments laid down disciplinary controls for brokers and dealers.

Perhaps, the most recent and biggest hedge fund insider trading scam in the US is the $20 million Galleon hedge fund scam by billionaire financier Raj Rajaratnam who has been accused of carrying on a conspiracy for over three years since January 2006 along with two Indians at the Intel Capital treasury department.

For the first time in the history of Wall Street insider trading case, Raj was accused of using telephone wire taps to share trading tips and make profits.

One of the most sensational inside trading scams till today is of TV tycoon Martha Stewart who was accused of receiving insider information and selling shares of ImClone drug just a day before the US Food and Drug Administration (FDA) denied approval for the drug.

Take the insider trading case of Enron, the energy company, which imploded in 2001. It took four years for the Justice Department to find out the fraud that wiped out its employees' retirement accounts and stunned the investors. The company's former CEO Jeff Skilling made a killing with a $89 million profit allegedly from the sale of artificially inflated Enron stocks and options.

Insider trading is difficult to prove. In 2008, Samir Arora, the former fund manager at Alliance Capital Mutual Fund was arrested on charges of insider trading and fraudulent trade practices. He was let off the hook by the Securities Appellate Tribunal (SAT) for want of evidence.

How does insider trading works?

In an illegal insider trading, an insider in a company buys the stock, shares price-sensitive information with a small group of people who buy the stocks and spread the word. Soon a huge artificial demand is created for the particular stock resulting in higher prices.

At a certain point when the prices hits the 'satisfactory' level the insider exits along with his small group of people or in other words sells the stocks and make profits. Soon the stocks plummet resulting in huge losses for the public investors.

How it affects the market?

Illegal insider trading weakens the faith of investors in the investing system and an unchecked insider trading could keep off people from investing capital and this could potentially harm the economy as a whole.

In India, the first set of regulations for insider trading was introduced in 1992 by the Securities and Exchange Board of India (SEBI). The regulations restricted insiders and companies in trading securities during times of possession of undisclosed price-sensitive information and barred them from sharing it with any other person outside the company.

Sebi has also prescribed disclosure norms for any directors/officers holding shares in the company besides amending the Model Code of Conduct in 2008 that restricts the directors/officers who have bought or sold shares from getting into an opposite transaction within the next six months to sell and buy shares.

How to protect yourself

As an investor, you should be cautious to avoid getting into the quagmire of insider trading scams. Never invest in a company or an industry that you have never heard of even if you get a tip-off.

BankBazaar.com is an online marketplace where you can instantly get loan rate quotes, compare and apply online for your personal loan, home loan and credit card needs from India's leading banks and NBFCs.
Copyright 2021 www.BankBazaar.com. All rights reserved.
Related News: Securities and Exchange Board of India, Sebi, Raj Rajaratnam, Securities Appellate Tribunal, United States
SHARE THIS STORY
Print this article 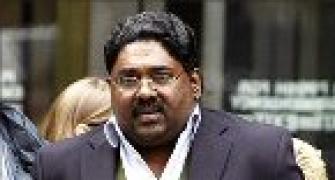 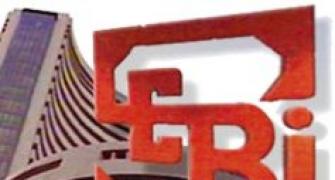 'Sebi has greater powers than US SEC'
India's biggest scams The rise and fall of Rajaratnam 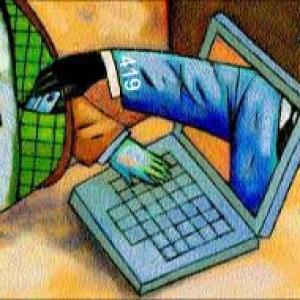 Hedge fund scam suspect is on the run in Mumbai: FBI