Oil and Natural Gas Corporation, Hindalco Industries, Tata Steel and Vedanta were down up to 70 per cent below their one-year highs. 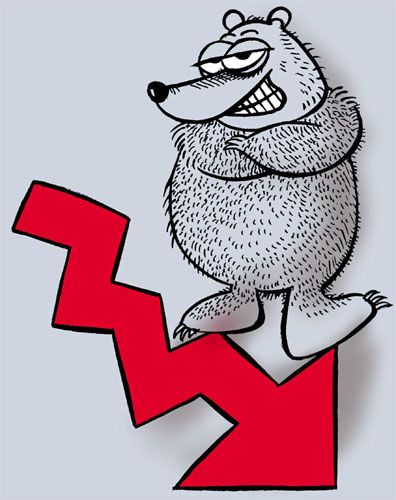 A whole host of stocks are now available at 50 per cent discounts to their 52-week highs, following a near-12 per cent fall in the benchmark BSE Sensex over the past month.

A total of 151 stocks from the BSE-500, mid-cap and small-cap, are currently quoting at more than 50 per cent below their 52-week highs on the BSE exchange.

Oil and Natural Gas Corporation, Hindalco Industries, Tata Steel and Vedanta were down up to 70 per cent below their one-year highs.

Among the BSE sectoral indices, metal is down 46 per cent, realty 36 per cent, oil & gas 28 per cent, power 27 per cent and the bankex 25 per cent down from their one-year peak.

The Indian equity market is very sensitive to foreign institutional investor (FII) flows. Over the past month, FIIs have taken significant money out of the Indian market, due to worries over the US rate hike and Chinese slowdown. 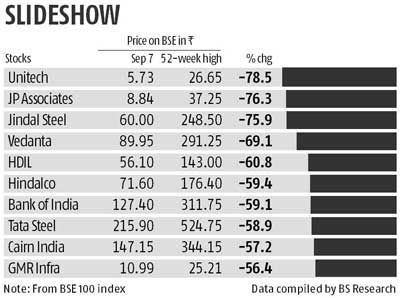 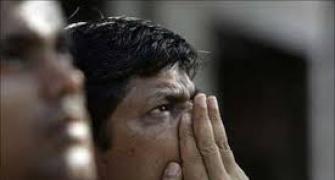 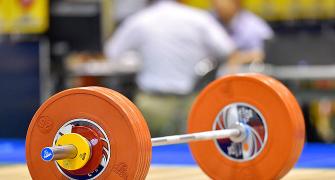 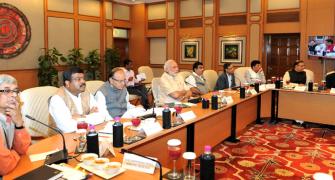 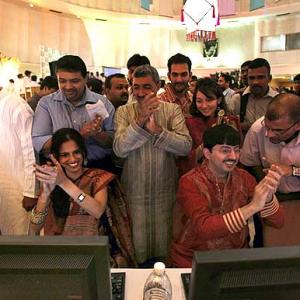 Don't panic if the market falls, these 20 stocks are a safe bet