The controversial Antrix-Devas deal will now come under the scrutiny of a Parliamentary panel. Parliament's Committee on Estimates has decided to examine the allocation of S-band spectrum by Indian Space Research Organisation (ISRO) with special reference to the Antrix-Devas deal, an official said. 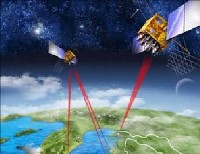 The government had last month annulled the controversial deal between ISRO's commercial arm Antrix Corporation and Bangalore-based Devas Multimedia for lease of space segment in S-band.

Under the deal, Antrix was to provide 70 MHz of the scarce S-Band space segment to Devas for its digital multimedia services.

This was to be done by leasing 90 per cent of the transponders in satellites GSAT-6 and GSAT-6A that are proposed to be launched by ISRO.

There were complaints about the manner in which the deal was entered into and the way in which it was being operationalised.

It was found that the DoS got the approvals for building the satellites without making any reference to the fact that they were to be utilised primarily for Devas' benefit.

Prime Minister Manmohan Singh has strongly rejected any suggestions that his office continued talks with Devas on its controversial after the Space Commission decided to scrap it.

Singh had ordered a review of the deal by a committee comprising B K Chaturvedi, Member, Planning Commission and aerospace scientist Roddam Narsimha.

The committee had submitted its report to the Prime Minister on March 12. Singh had asked Cabinet Secretary K M Chandrashekar to examine the report and make recommendations on the follow-up action within 15 days.