Once land of dreaded dacoits, can Chambal be arable land?

The ravines, which are sharp, steep mud hillocks, stretch over three states - Madhya Pradesh, Rajasthan, and Uttar Pradesh, once home to several dreaded dacoits have long been the subject of several projects and government schemes to make them agriculturally viable. 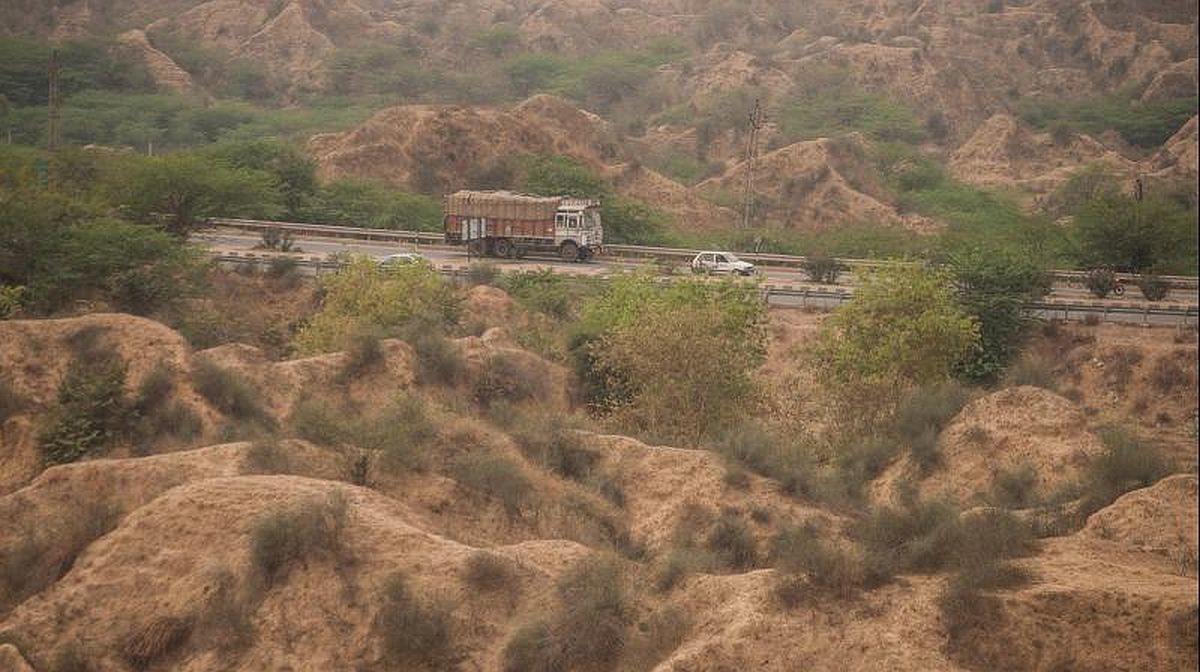 Ramprakash Kansana from Nayakpura village in Morena district of Madhya Pradesh is apprehensive about the latest government move to flatten the Chambal ravines that lie close to his village to make them suitable for farming.

The ravines, locally called, 'Bihad', which were once home to several dreaded dacoits have long been the subject of several projects and government schemes to make them agriculturally viable.

“It is absolutely not possible to level the entire ravines and make them agriculturally suitable as the soil here is sandy and loose.

"The more you cut them…the gorges deepen. At best small parcels could be developed,” Kansana said.

Last month, Agriculture Minister Narendra Singh Tomar, who hails from the Gwalior-Chambal division held a high-level meeting with senior officials from Madhya Pradesh agriculture department, academicians, and representatives from the World Bank to prepare a project report on how the ravines could be reclaimed and levelled for agriculture purposes.

Preliminary Project Report has to be submitted within a month.

Tomar is of the view that 300,000 hectares of rugged land is not cultivable, which if improved will help in the integrated development of the Bihad area in Gwalior – Chambal region.

Governments at the Centre and states have been coming up with various ravine reclamation programs since the 1960s.

Back in 1971, the central government launched a mega ravine reclamation project.

The idea was to develop 55,000 hectares of ravines for agriculture and about 25,000 hectares for forestry in Rajasthan, Madhya Pradesh, and Uttar Pradesh.

The cost of the project, to be implemented in four phases over 27 years, was Rs 1,250 crore.

In all 19 projects were undertaken in the area over 25 years, but only about 2,000 hectares of land could be reclaimed.

Then, in a massive effort in the 1980s and 1990s, the state government set up the aerial seeding division to airdrop seeds of various plant species in the ravines.

“The seeds dropped by the government aircraft would get washed away in the rains or get stuck at one place and germinated even in the nearby fields.

"This made farming even more difficult even though the Bhind-Morena region has fertile alluvial soil,” a former bureaucrat said.

The last such attempt to develop the Chambal ravines, before the current initiative was made as late as 2015, when the then Shivraj Singh Chouhan government had placed before the union agriculture ministry an ambitious plan for levelling the ravines of Chambal and turning them into cultivable fields.

Called the ‘Integrated Approach for the Reclamation of Ravines in the Chambal Region of Madhya Pradesh’, the state government identified ravines mostly along the rivers Chambal, Sindh, Betwa and Kwari as well as the tributaries of Yamuna (Chambal is Yamuna’s tributary).

The plan envisaged converting the entire ravine area of 68,833 hectares falling in the three districts of Morena, Sheopur and Bhind into farm land. For this, it sought Rs 900 crore from the Central government.

The total cost of the proposed project was estimated to be around Rs 1,100 crore, with the state government and the beneficiaries (farmers to whom the reclaimed land will be allotted) sharing the remaining burden.

While the note made a strong case for reclaiming the ravines, the cost of levelling these jagged geographical formations was big.

Chouhan lost power in the hustings a few years later before the plan could take any formal shape.

Sources said after the BJP has wrested power back in the state earlier this year, after a brief period of Congress rule it is once again trying to revive the project.

"Levelling the entire ravines is not a practical idea and should not be tried because the soil is loose, the depth of gorges is huge and even if someone tries to level them, rains will wash the soil and ravines will form again.

He said conventional cereal cultivation can never be successful in the Chambal ravines and instead small parcels should be identified where horticulture plants such as guava, amla (gooseberries), pomegranate, kinnow, mango, berries, neem, babool etc should be tried.

Singh, during his tenure as the vice-chancellor has in fact tried experimenting with growing horticulture crops around 25-30 acres of land in the ravines in Eisaah village near Dimni area of Morena, which was fairly successful.

“After I left, I’m not aware if anyone carried on with the project or it was abandoned altogether,” Singh said.

“Small food processing units which require minimum land clearance could be set up in the ravines based on the horticulture plants,” he said.

A research by the Gwalior-based Madhav Institute of Technology and Science had shown that setting up industry in the ravine area would cost 1.5 times more than it does in the plains.

The area has to be first levelled and the soil, which is prone to erosion, has to be strengthened, the research showed.

Not only this, levelling the ravines to make agriculture suitable could also create ecological problems as the area which borders the Chambal river is home to several kinds of fish, alligators, and crocodiles and is also the homing ground of many migratory birds.

Manoj Jain, the wildlife activist who has long worked in the Chambal region, says though the ravines need to be developed, it should not lead to ecological disaster for the highly sensitive zone.

"Both the Chambal Expressway road Project and also any move to level the ravines will have some impact on the ecology of the area and it remains to be seen how the government compensates for this," Jain said.

He said the Chambal river is well known for its alligators and also Gangetic Dolphins which were first sighted around 1967 in the river as the conditions were found suitable for its growth.

“Though the Chambal Expressway has been planned almost 1.5 kms away from the Chambal river but during construction birds and aquatic animals could get disturbed due to movement of heavy machinery and equipment.

"If their habitat is continuously disturbed they might even migrate from the area,” Jain said.

Local observers are also drawing a link between the latest announcement to develop the ravines with the forthcoming by-elections to the state assembly which will determine the fate of the Shivraj Singh Chouhan government.

Of the 27 seats for which by-elections are to be held as many as 16 (almost 60 per cent) fall in the Gwalior-Chambal region.

"This is nothing but an announcement made with an eye on the by-elections,” said Jayant Tomar, political and social analyst from Gwalior.

He said the timing of the move and the impact it could have on the crucial by-polls also raises several questions.

“The big question is will the farmers stand to benefit.

"Such announcements sound good on paper but many times in the past it has been seen that their on-ground implementation remains highly patchy,” Tomar said.